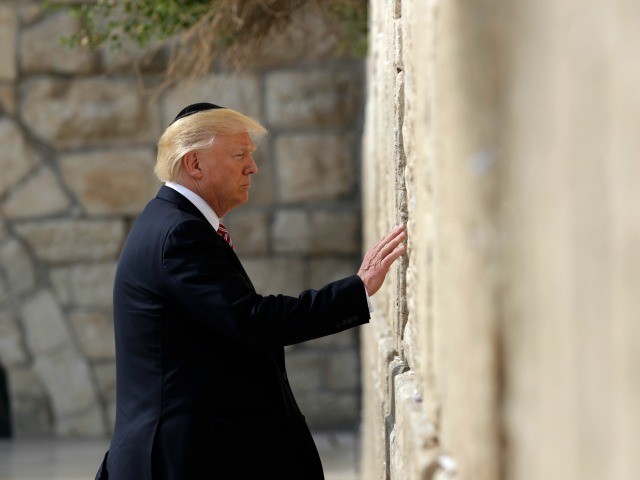 The murder of eleven Jews in the synagogue shooting in Pittsburgh on Saturday has prompted introspection about how such a horrific event could occur in the United States. The media have a ready-made explanation: President Donald Trump is to blame.

They cite statistics from the Anti-Defamation League (ADL), which claimed earlier this year that antisemitism is on the rise in the U.S., and has been sounding the alarm ever since Trump was elected.

Breitbart News has covered antisemitism closely for several years — including the vandalism of this author’s own synagogue — and the truth is more complex.

While there has been a rise in antisemitic “incidents” — which include vandalism and harassment — the ADL itself actually reported a decline in physical attacks on Jews. As Breitbart News noted when the ADL audit was first published earlier this year, assaults on Jews fell by nearly half from 2016 to 2017, to 19 incidents.

Much of the reported rise in antisemitism in early 2017 had to do with hoax bomb threats phoned into Jewish community centers across the country. The major culprit turned out to be a troubled Jewish teenager living in Israel.  Another was an African-American former journalist who supported Sen. Bernie Sanders (I-VT). That did not stop left-wing Jewish groups from continuing to suggest that Trump and his supporters were somehow responsible.

As Reason.com noted earlier this week, there are also several problems with the ADL’s numbers, which include the phony bomb threats and a cemetery desecration that was later determined to have nothing to do with antisemitism.

Moreover, the Trump administration is strongly pro-Israel, and the president’s family and advisers include several observant Jews. In addition, as Breitbart News noted, extremist attacks on Jews, while rare in the U.S., are not new.

The extremist right remains a threat to Jewish communities and others. However, the rise in antisemitism in recent years has largely been driven by the far-left, especially the anti-Israel movement, which is especially strong in the grassroots movements that currently drive the Democratic Party base.

The Women’s March, for example, has ties to the virulently antisemitic Nation of Islam leader Louis Farrakhan. College campuses are becoming hostile to Jews — particularly but not exclusively in liberal California — because of the aggressive tactics of pro-Palestinian groups.

In general, the U.S. remains arguably the least antisemitic country in the world, outside of Israel itself. In Trump, it has a staunch defender of the Jewish people. He began his first address to Congress in February 2017 by slamming antisemitism.

The fact that his opponents seek to blame Trump for Pittsburgh says more about them than about him.