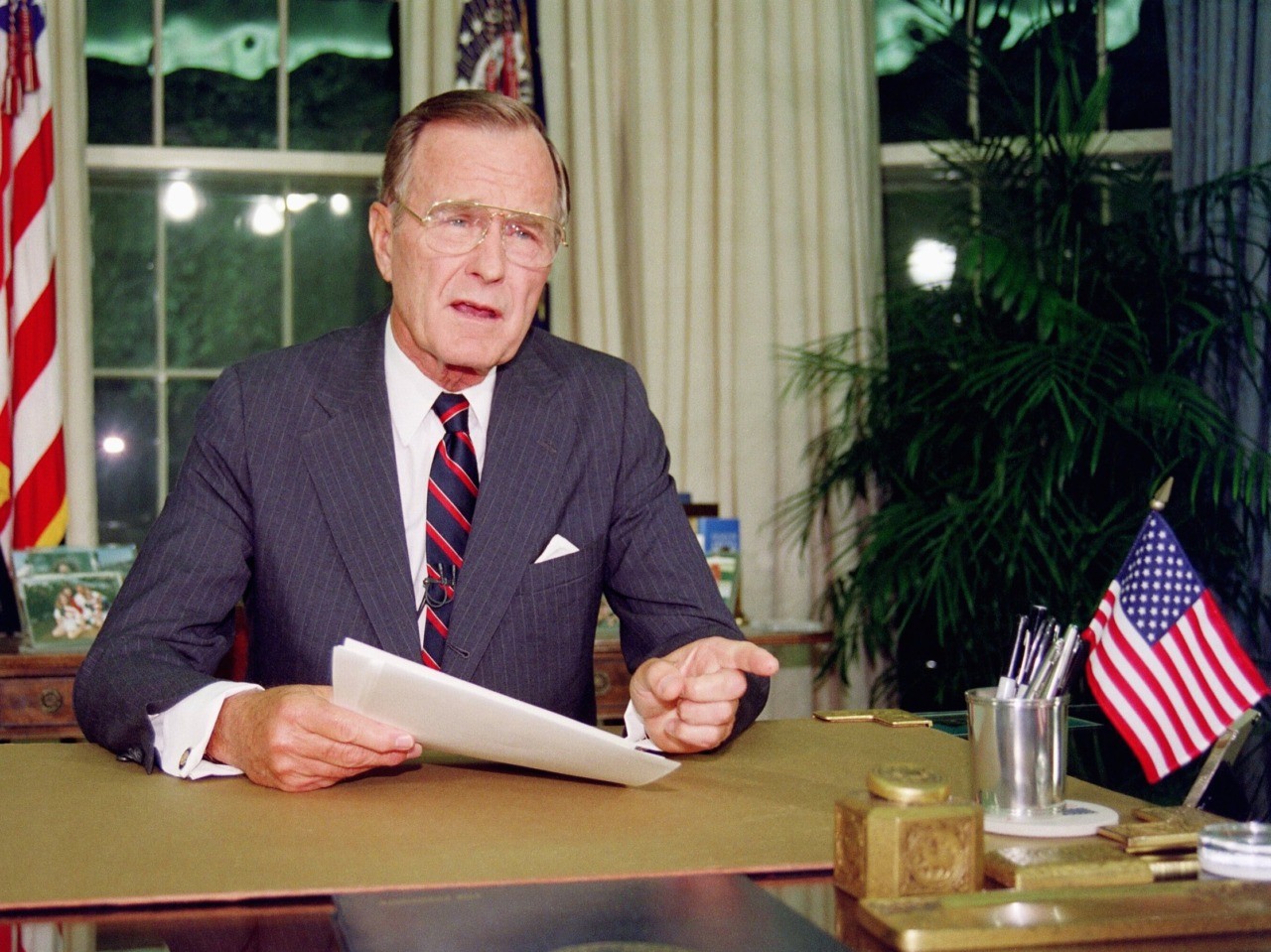 The nation is mourning the passing of President George H.W. Bush, one of the greatest Americans. In the voluminous tributes that have appeared in the media since Friday evening, Bush has been appropriately honored for his lifetime of public service and his legacy — most of all, perhaps, his large and loving family, who equally devoted to the nation he led.

President Bush — “Bush 41” or “Bush senior,” as he was later called, to distinguish him from his son, George W. — should be remembered for three great accomplishments.

The first is his heroism in the Second World War, when he was among the country’s youngest naval aviators, and survived being shot down by the Japanese over the Pacific.

The second milestone was when, as president, Bush oversaw the end of the Cold War. Though the collapse of the Soviet Union was a result of the policies of his predecessor, President Ronald Reagan, and the fall of the Berlin Wall initially took the White House by surprise, President Bush seized the moment to welcome the world’s newest free peoples.

The third success was the Gulf War, when Bush inspired the nation to overcome the lingering self-doubt of the Vietnam War and to trust once again in the U.S. military — a trust that has never wavered since.

He was also a fundamentally decent man, who — unlike others — set aside political disagreements to insist, before his death, that President Donald Trump attend his funeral.

Yet the media obscured many of Bush’s achievements and qualities when he was still an active political leader.

In the 1992 presidential election, for example, the media portrayed Bush as a man fundamentally out of touch with his time. In one of the earliest examples of “fake news,” the New York Times reported that President Bush had been “amazed” by the technologies of modern supermarkets. It was a lie.

It was only years later that the media discovered that Bush had not been just a one-term president, but also one of the better presidents in American history. They developed a newfound respect for Bush for three reasons.

The first reason was that he proved to be a useful media foil against his son during the debate over the Iraq War. Many of the elder Bush’s advisers were opposed to the new, more assertive national security policies of the U.S. after the terror attacks of 9/11.

The Iraq Study Group, led in part by former Secretary of State James Baker, was cast as a kind of paternal intervention — which, to George W. Bush’s credit, he rejected, backing a successful “surge” rather than a hasty withdrawal (which Barack Obama later executed anyway).

The second reason for the revival of Bush’s reputation was that he came to symbolize an alternative to conservatism in general.

After all, it was Bush who, as a rival for the Republican presidential nomination in 1980, first called Reagan’s supply-side policies “voodoo economics.” That once proved fodder for Reagan’s critics. Later, the fact that Bush voted for Hillary Clinton in 2016 provided ammunition to Trump’s opponents, and to the anti-Trump media.

As president, while Bush nominated Supreme Court Justice Clarence Thomas, who remains a staunch conservative, he also chose David Souter, who became the archetypal example of a Republican appointee defecting to the left.

Bush’s retreat on taxes hurt his support among the Republican base in 1992, and he faced a primary challenge from Pat Buchanan as a result. Some of his voters also chose Ross Perot instead.

That led to the third, and most important, reason the media elevated Bush: he lost to Bill Clinton. It is the same reason they celebrated the late John McCain as a hero after demonizing him to defeat in the 2008 presidential election.

To the media, the highest civic duty of a Republican is to yield power to a Democrat, so that the “long arc of history” may continue bending towards utopia. No Republican who wins will ever be given his or her due.

George H.W. Bush always deserved better from the American media — and his example, unsullied by politics, will continue to inspire the nation he loved.