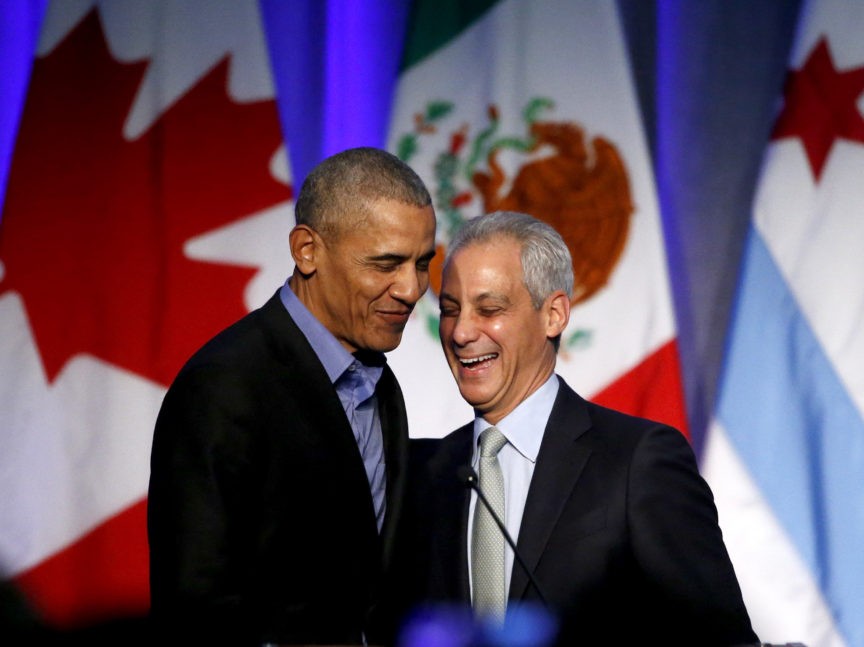 President Barack Obama will return to Chicago this weekend to hold a get-out-the-vote rally. Ironically, he is one reason Republicans have a fighting chance to retain a majority in the U.S. House of Representatives Tuesday.

That is because in 2010, Obama signed the Patient Protection and Affordable Care Act — Obamacare — over the objections of the majority of the voting public, and without a single Republican vote.

The ensuing backlash saw Nancy Pelosi booted out of the Speaker’s chair, and also lifted hundreds of Republicans into state legislative seats. The following year, Republicans largely controlled the re-drawing of congressional districts after the 2010 Census.

Democrats complained about gerrymandering — but they did the same in the legislatures they controlled, using new boundaries to pick off most of the members of the Tea Party freshman class of congressmen in Illinois, for example.

In retrospect, it was a profound strategic miscalculation by Obama, whose political skill was widely admired after the 2008 presidential campaign. Obama enjoyed such popularity and support from the media that all he needed to do after being elected after the financial crash was allow the economy to repair itself.

Instead, he and his party exploited the crisis to enact laws and regulations that massively expanded the power of the federal government.

One reason they did so was best articulated by Obama’s first chief of staff, Rahm Emanuel, who said in November 2008: “You never want a serious crisis to go to waste.”

Few of Obama’s policies would have passed under normal circumstances. The Great Recession and the “hope and change” victory created a unique opportunity for the left to push its utopian vision of universal health care — which, they hoped, would open the door to other radical changes.

The other reason had less to do with circumstances and more to do with Obama himself. As a young community organizer, Obama lionized Harold Washington, the first black mayor of Chicago. He watched in dismay as white Democrats prevented Washington from carrying out his agenda. In response, Washington turned to incremental changes that he could make using his executive powers. After several years of “council wars,” Washington broke through the opposition. But suddenly, a few months into his second term, Mayor Washington died of a heart attack.

The lesson Obama took from watching Harold Washington was that leaders who wished to be transformative had to undertake sweeping changes right away, rather than waiting for the most opportune political moment. And so, when he took office as president, he did not focus on fixing the economy, but rather went for Democrats’ biggest goals.

The problem was that Obamacare tried to help 15% of the country by changing a health insurance system with which the other 85% of the country was satisfied. Individuals lost their insurance, and their doctors; premiums skyrocketed; small businesses faced new uncertainty — while the private insurance industry continued to profit. Republicans swept the House — and redrew congressional districts, hurting Democrats for the next ten years.

The experts predict that Democrats will win the House on Tuesday. That would fit with historical patterns. It is also the result of the fact that wealthier voters have migrated to the Democratic Party in recent years.

But Republicans still have a chance to win, partly because they are defending favorable districts. And that is because Obama refused to govern as the unifying leader he promised to be.

If the GOP wins, Obama will deserve some of the credit.