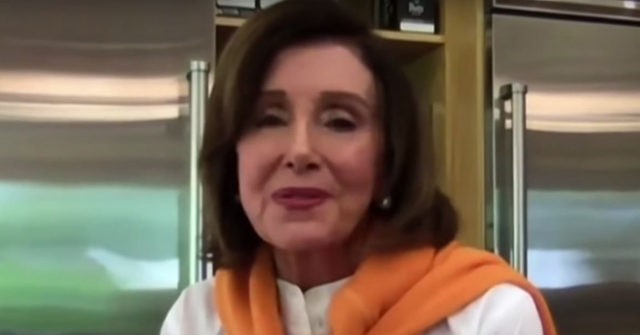 Speaker of the House Nancy Pelosi (D-CA), who had held out for weeks against White House proposals to bail out America’s troubled airlines, changed her mind suddenly on Friday after President Donald Trump’s coronavirus diagnosis.

The one had nothing to do with the other.

Pelosi could have agreed to a standalone airline bailout weeks — even months — ago, saving tens of thousands of furloughed jobs, but refused to compromise and insisted on a massive spending bill for extraneous priorities she knew could not pass.

Then, once Trump was taken temporarily out of commission, she flipped.

Friday’s jobs report was also a factor. Though the unemployment rate fell more than expected, to 7.9%, the 661,000 jobs created in September fell below expectations of 800,000.

The fact is that Pelosi waited for the president to be hit by bad news before she would do something good for the country.

She did the same thing with the U.S.-Mexico-Canada Agreement (USMCA), the new free trade agreement that Trump negotiated to replace the flawed North American Free Trade Agreement (NAFTA).

Though the USMCA was signed in 2018, and had strong bipartisan support, Pelosi would not allow it to pass the House until the day after Trump had been impeached.

Throughout the coronavirus pandemic, Pelosi has delayed passing relief bills if doing so would make the president look good. She interrupted the passage of the CARES Act in March, and delayed the extension of the PPP for 16 days.

Throughout, Pelosi has been able to count on the loyalty of the Capitol Hill press corps, which would have tarred and feathered any Republican who dared to do anything like what she has done.

Pelosi and the press are accomplices in maximizing Americans’ economic pain for political gain.