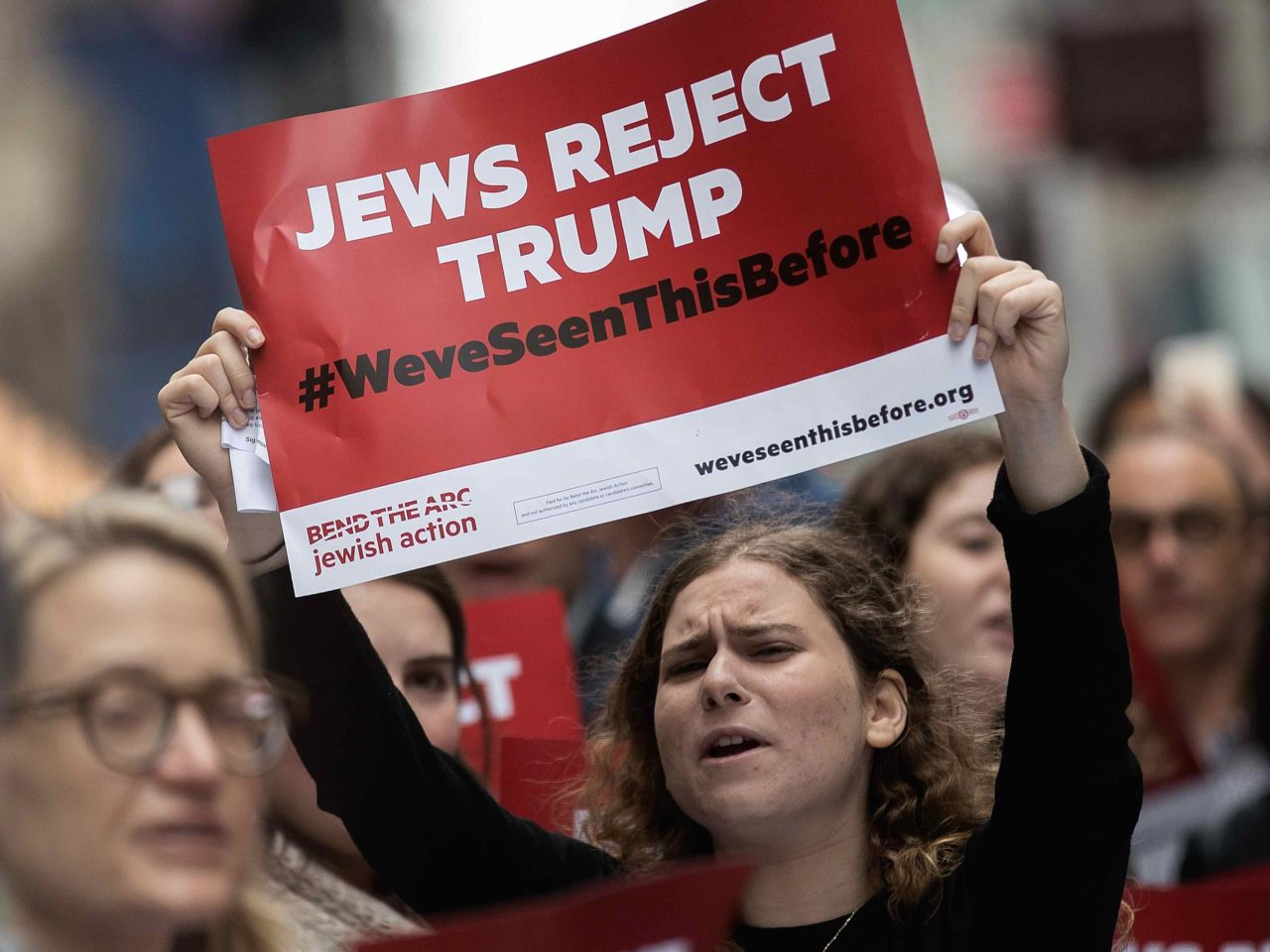 The mainstream media are hyping a far-left group as “Jewish leaders” to amplify claims that the local Jewish community does not want President Donald Trump to visit Pittsburgh to mourn with victims of Saturday’s shooting.

The Hill, among others, ran a story titled, “Jewish leaders tell Trump he’s not welcome in Pittsburgh until he denounces white nationalism.”

The “Jewish leaders” in question are members of a far-left group called “Bend the Arc: A Jewish Partnership for Justice” that is part of the so-called “resistance” to Trump. It is committed to electing Democrats to Congress and “interrupting” the Trump presidency. It blames Trump directly for the violence.

However, other outlets continue to describe the group as if it represents the leadership of the Jewish community.

On Monday morning, the Washington Post published a story under the headline: “‘He is not welcome here’: Thousands support Pittsburgh Jewish leaders calling on Trump to ‘denounce white nationalism’.”

Only further down in the article did the Post identify the group as a “progressive” organization.

Other media outlets did the same. The New York Daily News declared: “Pittsburgh Jewish leaders tell Trump to stay away unless he denounces white nationalism.” Mediaite published a story under the headline: “Jewish Leaders to Trump: You are Not Welcome in Pittsburgh Until ‘You Fully Denounce White Nationalism’.”

The actual rabbi of the Tree of Life synagogue, where eleven Jews were gunned down by an antisemitic gunman who hated Trump, has said the president is “always welcome” in his community.

Rabbi Jeffery Myers of the Tree of Life Synagogue asked this AM on CNN if Trump is welcome to visit the site of the massacre: “The President of the United States is always welcome. I’m a citizen. He’s my president. He is certainly welcome.”

Since the shooting, the media have been desperate to find ways to blame the president and his party — even inventing Jewish identities for Democrats who can then claim they are victims of antisemitism.

On CNN, for example, billionaire left-wing mega-donor Tom Steyer, an Episcopalian, claimed — after prompting by host Jake Tapper — that criticism of him was antisemitic.