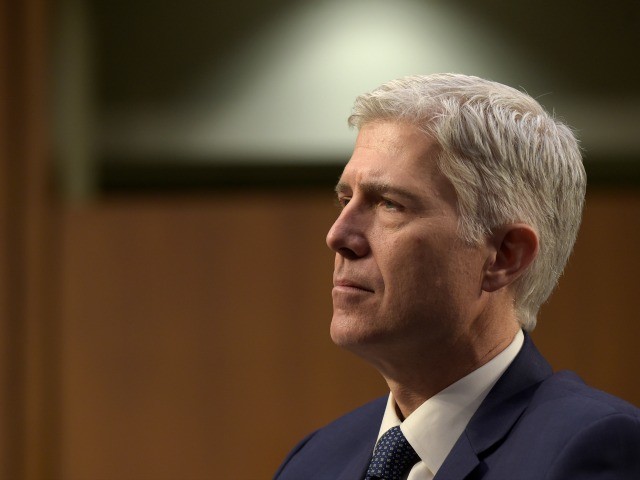 It is deeply significant that Supreme Court Justice Neil Gorsuch wrote the opinion in the Bostock v. Clayton County case, the 6-3 decision Monday in which the Court held that discrimination against homosexuals and transgenders violates Title VII of the Civil Rights Act of 1964.

Gorsuch, then a Tenth Circuit judge wrote a concurring opinion in the Hobby Lobby case (2014), which allowed private companies to exert religious freedom in denying contraceptive coverage under Obamacare.

By having the same justice who took an expansive view of religious freedom also rule that lesbian, gay, bisexual, and transgender (LGBT) Americans also have rights against workplace discrimination, the Court sent a clear message that it believes religious freedom and LGBT rights can coexist.

That is both an important message in substantive terms, and also a timely one in view of the divisive, politics playing out on the streets of America’s cities at this very moment.

Substantively, Gorsuch is telling LGBT rights activists that the proper way for them to advocate for their positions is by asserting their rights as individuals under existing law, not to target the constitutionally-protected rights of other people.

Ironically, at the time President Donald Trump nominated Gorsuch in 2017, left-wing groups were warning that he was a danger to LGBT rights. That is one of the reasons Senate Minority Leader Chuck Schumer (D-NY) mounted a doomed filibuster against Gorsuch, triggering the “nuclear option” that later cleared the way for Justice Brett Kavanaugh.

But there is more to Gorsuch’s ruling in Bostock than the kind of leftward drift conservatives always fear on the Court.

Some conservatives argued Monday that Gorsuch has let down his predecessor, Justice Antonin Scalia, by abandoning a textual approach to the issue of sexuality and gender. However, as the SCOTUSblog‘s Amy Howe noted, Scalia “wrote years ago that Title VII applied to a same-sex sexual harassment suit.” There was also speculation in social media that Chief Justice John Roberts, who joined the liberal majority, did so precisely to allow Gorsuch to write the opinion.

Gorsuch wrote that the Court ruled the way it did precisely because of the text of the statute: “Only the written word is the law, and all persons are entitled to its benefit,” he said. The statute prohibited discrimination based on sex, he said, and “it is impossible to discriminate against a person for being homosexual or transgender without discriminating against that individual based on sex. … homosexuality and transgender status are inextricably bound up with sex.”

While it was true that Congress might not have conceived of sexuality or gender when drafting Title VII, Gorsuch added, it did not rule them out, and “when Congress chooses not to include any exceptions to a broad rule, courts apply the broad rule.”

A dissent written by Justices Samuel Alito and Clarence Thomas accuses the Court of “legislating”; Justice Kavanaugh drew similar conclusions in a separate dissent, noting that Congress had debated the discrimination issue.

There is room for disagreement in this case, which will likely affect relatively few people. Few employers, even those who are religious, care about employees’ private sexual lives. Likewise, the decision in Bostock probably would not apply to religious organizations; Gorsuch specifically addressed that issue.

Having Gorsuch write the Bostock opinion was a way to show religious freedom still holds, and to reassure Americans we are big enough for our multifaceted, beautiful liberty.