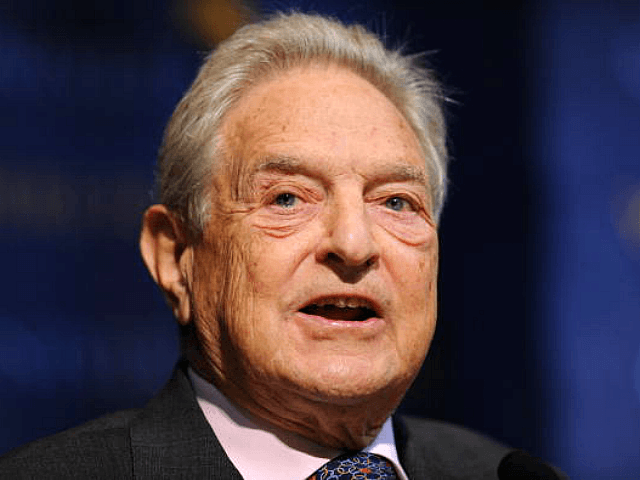 The media have decided that criticism of billionaire left-wing mega-donor George Soros is a form of antisemitism, ever since he was targeted by a mail bomb last week (which did not detonate, thankfully).

They have stepped up that claim in the wake of the Pittsburgh synagogue shooting, since the murderer posted anti-Soros comments on social media.

Soros has been a victim of antisemitism — and deserves protection from attack. Nonetheless, criticism of Soros’s role in politics is entirely legitimate — especially given that some groups he has funded have spread antisemitism.

One of the more recent examples is the Women’s March, an anti-Trump organization with leaders who have ties to Nation of Islam Louis Farrakhan, a notorious antisemite. (Earlier this month, Farrakhan called Jews “termites.”)

An op-ed in the Wall Street Journal reported earlier this month: “At least 50 of the largest organizations that participated as “partners” in the Jan. 21, 2017, Women’s March had received grants from Mr. Soros’s Open Society Foundations or similar funds in the “House of Soros,” as his philanthropic empire was once called internally.”

More directly, Soros provided early funding for J Street, a group that calls itself “pro-Israel, pro-peace,” but which opposes Israel at nearly every opportunity. Its campus wing supports boycotts of Israel. J Street lied for years about receiving money from Soros, but its false claims were exposed in 2010 by Eli Lake in the Washington Times.

Soros’s role in funding anti-Israel activism is such that the Israeli government declared last year that criticism of him was not antisemitic. “George Soros,” the Israeli foreign ministry said in a statement, “…continuously undermines Israel’s democratically elected governments by funding organizations that defame the Jewish state and seek to deny it the right to defend itself.” Prime Minister Benjamin Netanyahu recently blamed Soros-funded groups for opposing Israel’s efforts to deport illegal aliens.

That said, there is no doubt that some criticism against Soros is antisemitic, especially criticism that casts Soros as a world-dominating force, evoking classic antisemitic tropes of Jewish control and domination.

In the 1990s, the Malaysian prime minister, furious that Soros had bet against the local currency, attacked Soros viciously, invoking vicious anti-Jewish language.

Soros’s most vociferous critics often tend to exaggerate his influence. Earlier this year, Soros backed several left-wing candidates in local races for district attorney in California — and largely came up empty. He recently said that Barack Obama had been his “greatest disappointment,” after the 44th president used his help and then ignored him.

Still, some of what Soros has done has been arguably divisive, even destructive. In 2016, a Soros-backed group of left-wing donors called the Democracy Alliance funded activists who disrupted a fundraiser by then-candidate Donald Trump. The activist group also backed “the uprising in Baltimore” — riots related to the Black Lives Matter protests — and took credit for “an action to disrupt the International Conference of Police Chiefs in Chicago.”

Soros deserves to be defended from antisemitism. But that does not mean he is immune from criticism. Though he contributed to democracy in post-communist Eastern Europe and elsewhere, at some point, he turned against the very “open society” he once embraced. The Soros-backed Media Matters “charity,” for example, tries to drive opposing views out of the marketplace, rather than encouraging debate.

It is good to denounce such efforts — especially when aimed at Jews and the Jewish state.