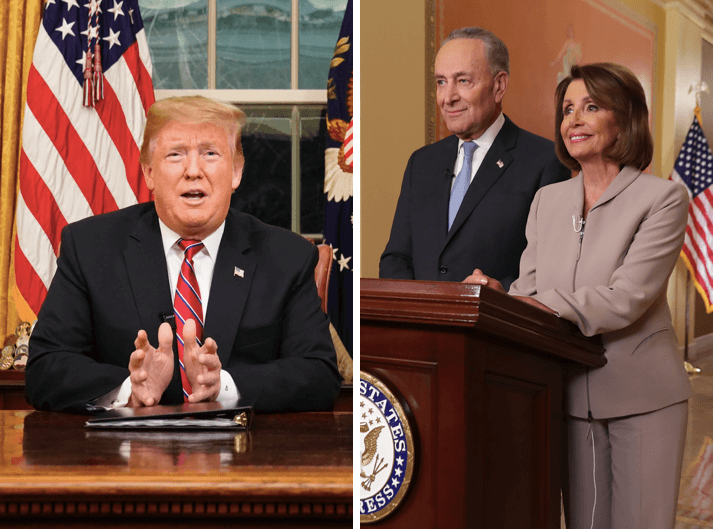 As President Donald Trump appeals to Congress to reach an agreement on border security, and the bipartisan conference committee is scheduled to hear from experts later this week, prospects for a deal seem weak.

Democrats continue to call the “wall” both “racist” and “immoral,” and President Trump is threatening to use his emergency powers — under the Constitution and the law — to divert funding to construct a barrier at the border.

But in theory, an agreement should be possible, because the changes the Trump administration seeks at the border are not radical, and because Democrats have agreed in the past to similar physical barriers to what Trump is proposing.

To understand how close the two sides really are, it is first necessary to understand the basic facts about the existing border barriers, reviewed in comprehensive detail recently by USA Today and the Wall Street Journal.

President Trump’s proposals for the border have changed several times, and the public has yet to see specifics. But the general outline is as follows:

Democrats say they will never fund a “wall.” But according to the Journal, Speaker of the House Nancy Pelosi (D-CA) has agreed, in principle, to fund some new vehicle fencing. And they have agreed to bollard fencing in the past.

The only outstanding questions are whether Democrats will agree to fund the construction of new steel bollard fences — whether to fill gaps, to replace vehicle barriers, or to replace weaker pedestrian barriers.

A deal should be possible. All that stands in the way is politics — specifically, the fervent desire of Democrats to deny President Trump a political win on his most important pledge.