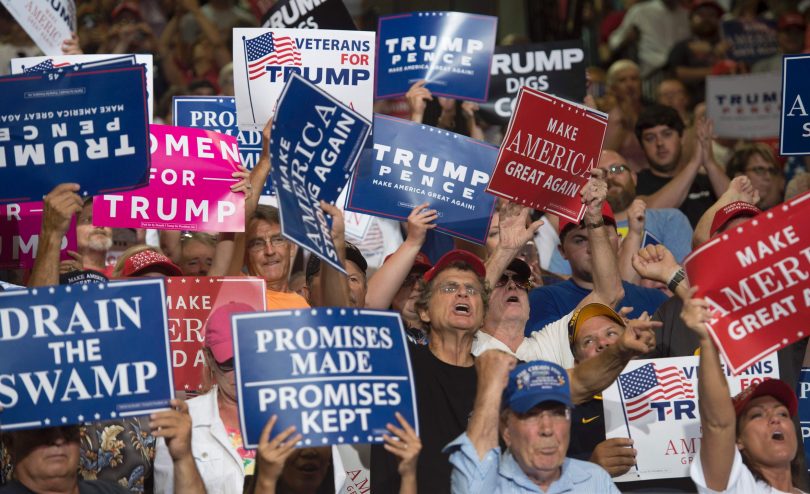 Just two week ahead of the 2018 midterm elections, President Donald Trump is enjoying an all-time high approval rating of 47 percent, up three points in one month, according to an NBC/Wall Street Journal poll.

The Wall Street Journal noted that even though Trump’s disapproval rating is 49 percent, that’s a three-point decrease compared to last month.

Voter interest in the midterm elections has surged to record highs within both parties, helping to drive up President Trump’s approval rating while maintaining the Democrats’ lead as the party most preferred to lead Congress.

Nearly two-thirds of registered voters showed a high level of interest in the election—the highest ever recorded in a midterm election since the Journal/NBC poll began asking the question in 2006.

“It’s a barnburner,” Bill McInturff, a GOP pollster who conducted the survey with Democrat Fred Yang, said in the Journal report. “There’s a switch that’s been flipped…they are engaging in the campaign and the process.”

The Journal reported on the role the contentious confirmation processes ahead of Brett Kavanaugh being seated on the Supreme Court is narrowing the enthusiasm gap between parties.

“Now, 68% of Republican voters and 72% of Democrats say they are very interested in the election—the highest recorded for either party by the survey in a midterm election,” the Journal reported.

Yang also speculated about the “blue wave” that has been predicted that would put the Democrats back in charge of the House, saying this poll indicates a “riptide of uncertainty [that] has been created with a surge of Republican intensity.”