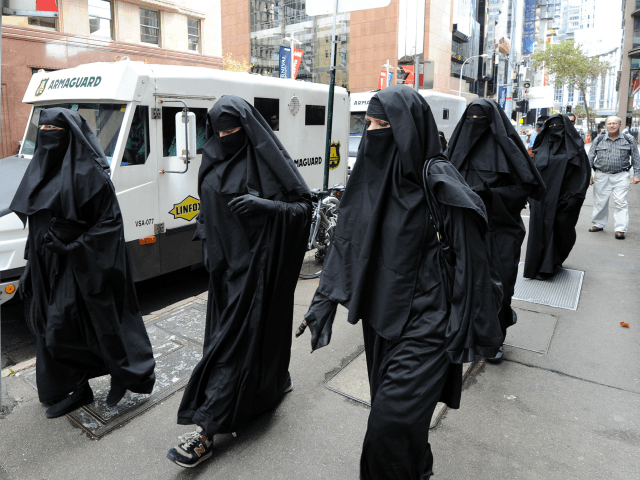 Australian voter support for a lift in immigration of Muslims has collapsed in the wake of last week’s Islamic State-inspired terror attack in Melbourne.

According to a Fairfax Media Ipsos poll, support for an increase in Muslim immigration dropped from 23 percent to a bare 14 percent between October and November, the Australian Financial Review reports.

The survey comes after the Bourke Street terror attack by Somali immigrant Hassan Khalif Shire Ali and amid growing calls from some conservative members of Parliament to slash migration from Muslim-majority nations.

Australia is a nation built on immigration and has historically opened its arms to people from around the world looking to start a new life Down Under.

Attitudes have been slowly shifting in the past seven years however, amid terrorist attacks and heightened political debate about migration, according to annual research by the Scanlon Foundation on social cohesion.

While 31.9 per cent of respondents said they had a positive attitude to Muslims in 2010, this slipped to 28.3 per cent in the Scanlon research in 2017. The proportion with a negative attitude rose from 23.5 per cent to 25 per cent, but there was no consistent year-on-year trend up or down over the period.

A little over 12 months ago another survey revealed a majority of Australian voters believe the country is full and almost half support a partial ban on new Muslim arrivals.

As Breitbart Jerusalem reported, the TAPRI poll outlined that 74 percent of respondents thought Australia did not need more people, with big majorities believing that population growth was putting “a lot of pressure” on hospitals, roads, affordable housing and jobs.

Fifty-four per cent wanted a cut to migration, while 55 percent agreed Australia “was in danger of losing its culture and identity”, and 52 percent said the country had changed so much that it sometimes felt foreign.

“Australian voters’ concern about immigration levels and ethnic diversity does not derive from economic adversity,” Betts and Birrell wrote in a report based on the survey.

“Rather, it stems from the increasingly obvious impact of population growth on their quality of life and the rapid change in Australia’s ethnic and religious make-up.”