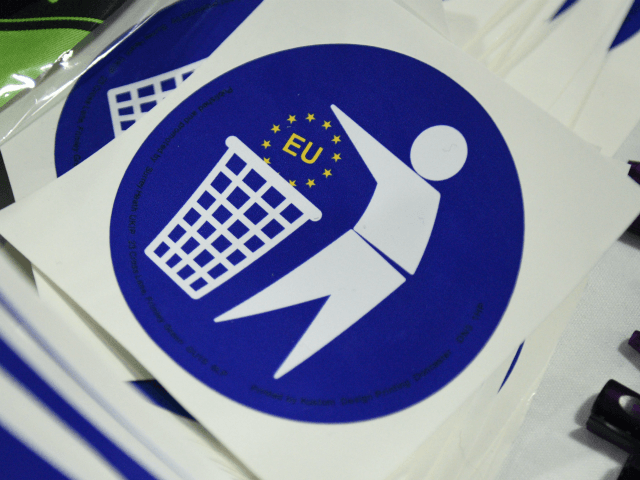 A Eurobarometer poll has found that Italy has become the most eurosceptic country within the European Union as only 44 percent of Italians would vote to remain in the bloc if a referendum were held.

The results of the survey were much different when Italians were asked about keeping the euro, with 65 percent saying they supported Italy continuing to use the currency, Il Giornale reports.

The Italians are much less positive on membership of the EU compared to the average across the political bloc in which 66 percent said they would favour remaining in the union.

Italy is even less positive on the European Union than the United Kingdom, which is in the process of leaving the continental bloc.

Populist Italian Interior Minister Matteo Salvini reacted to the data saying of the EU: “It is clear now to everyone that it needs to be re-founded.”

“I dream of a Europe that does few things and does them well. The next year’s European elections will be a historic occasion,” Salvini said.

“I expect a sea of votes across the continent for those who want to respect their identities and peoples, against the arrogant impositions of financial speculators and the absurd laws of bureaucrats living on another planet. It will be a new European Spring of Freedom!” he added.

European Parliament President Antonio Tajani took a more positive approach to the results saying: “The appreciation for membership of the Union and its benefits is growing in almost all of Europe. The single currency also appeals to the great majority of citizens.”

“We certainly can not rest on our laurels. In some member states, including ours, the percentage of those who think that membership is positive is still too low. We must redouble efforts to show that the Union can give truly effective answers to the main problems of Europeans, such as immigration, security and unemployment,” he added.

The Italian attitude towards EU membership comes after a series of rows between the EU Commission and the populist Italian coalition government over the last several months.

Initially, the Italians were unhappy about a lack of progress in solving migrant issues, even going as far as threatening to stop sending Brussels money.

Over the last several weeks, the conflict between the two has revolved around the Italian budget which has increased spending to pay for the Five Star Movement’s basic income programme. The increase has garnered criticism from EU Commission President Jean-Claude Juncker who said earlier this week that the budget could provoke a violent counter-reaction in other eurozone countries.