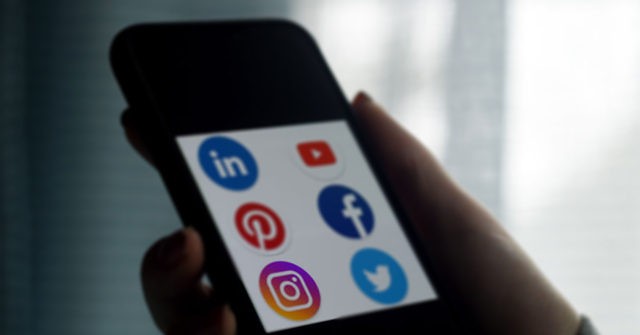 More than one-third of social media users believe President Trump should be “permanently” banned from platforms for spreading what the tech giants consider to be election “misinformation,” according to a Morning Consult survey released this week.

The survey, taken November 10-12 among 2,079 social media users, asked respondents for their thoughts on what should happen to various figures — from the president to another politician to a journalist — who spread “false or misleading information about the 2020 election results.”

The survey found 34 percent expressing the belief that Trump should be “permanently” banned under those circumstances, but only 28 percent said the same for Joe Biden.

A plurality in each group — minus the president’s — stood in favor of “temporarily” suspending the figures from the platform for spreading misinformation. The survey’s margin of error is +/- two percent.

The survey comes as Big Tech leaders come under continued scrutiny from Republican lawmakers over censorship and suppression of conservative views. Twitter CEO Jack Dorsey and Facebook CEO Mark Zuckerberg testified before the Senate Judiciary Committee on Tuesday about these issues.

Twitter, particularly, has continued to censor and flag President Trump’s tweets in the weeks following the election. As Breitbart News reported Thursday, “Twitter has placed warning labels on 23 posts and retweets from President Donald Trump this week, each calling his posts ‘disputed,’ continuing its repeated pattern of censorship since election day”:

Twitter has placed warning labels on 23 posts and retweets from President Donald Trump this week, each calling his posts “disputed,” continuing its repeated pattern of censorship since election day. https://t.co/Kym9REwrHZ

Sen. Ted Cruz (R-TX) expressed concern about the demands of his Democrat colleagues following Tuesday’s hearing, telling Fox Business Network’s Evening Edit that “one of the most chilling aspects of today’s hearing in the Judiciary Committee was Senate Democrat after Senate Democrat, their questions were essentially … why don’t you censor more?”

“Why do you allow these views we don’t like to be heard or to exist? I think that is really, really dangerous. And I do think you’re going to see the abuses of power get worse in coming years with — aided and abetted by Democrats that want to silence someone who disagrees,” the Texas senator added.