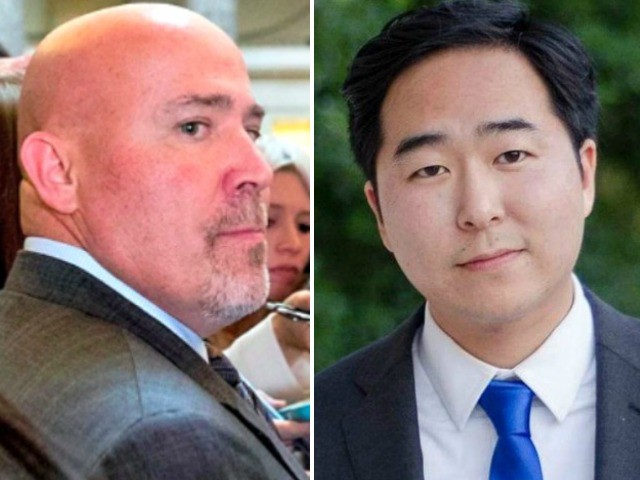 Congressman Tom MacArthur leads the congressional race with 46.8 percent support, while Democrat Andy has 45.4 percent support, and eight percent of voters remain currently undecided. The margin of error for the survey is 4.2 points, making the race a heated contest between the two-term congressman MacArthur and Kim, a former national security officer under Barack Obama’s administration.

The survey also revealed a strong gender gap between the two candidates. Men favor MacArthur by 16 percent, while women favor Kim by 13 points.

Michael Klein, the executive director of the Stockton University Hughes Center for polling, said that the congressional race will come down to whomever will bring out their base on November 6.

While the most recent voter registration numbers show over 12,000 more Democrats than Republicans in the 3rd District, MacArthur and Kim have bases of support within the district broken down by county boundaries. In a race this close, whoever does a better job of turning out their voters will have a big advantage.

New Jerseyans listed healthcare as their most important issue facing the November midterm election. A plurality of voters, or 42 percent, said that Congress should try to make Obamacare stronger, 35 percent support straight repeal of the Affordable Care Act, ten percent want it weakened, and ten percent want Obamacare to remain the same.

Sixty-nine percent of Republicans favor Obamacare repeal, while 76 percent of Democrats want to keep Obamacare or strengthen it.

New Jersey’s third district serves as one of the 60 plus districts that Republicans must win in the November midterm elections to hold the House majority. Democrats only need to gain 24 seats to achieve a one-seat majority in the House.

Republicans have surged across several polls during and after the Supreme Court nomination process of Judge Brett Kavanaugh, which some analysts have called the “Kavanaugh effect.”

Former White House chief of staff Reince Priebus suggested recently that the Kavanaugh effect will give Republicans an extra boost in the midterm elecitons.

“Before Kavanaugh, Democrats were at a ten [in enthusiasm] to defeat Trump. Republicans were at like a six. They were happy with the economy,” Priebus said. “They were happy with the wins that we had. But they weren’t at the level they needed to be. Well, now they are at a ten. So the effect is the Democrats didn’t go above ten. They are at ten. And now, the Republicans are at a ten. And so you get the juice that you need to run the machinery.”