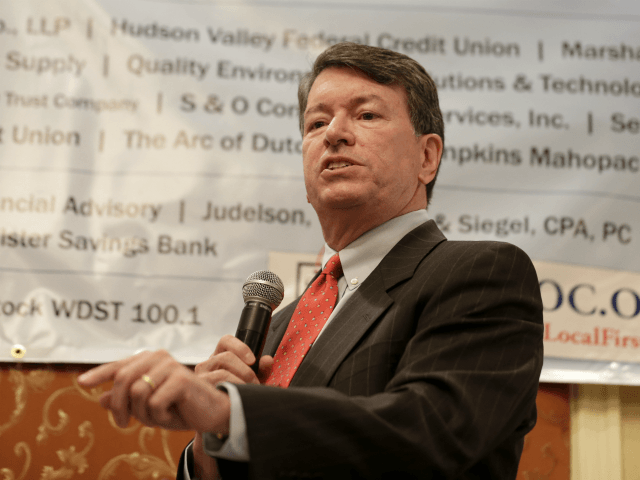 Incumbent Rep. John Faso (R-NY-19) is up by a single point over Democrat challenger Antonio Delgado, according to polling.

In a crucial House race that will help determine which party controls the House of Representatives for at least the next two years, Faso was down three points to Delgado back in early September, 45  to 48 percent.

A Siena poll now shows Faso up one, 44 to 43 percent.  This, however, is well within the poll’s 4.6 percent margin of error.

In his district, Faso’s approval rating is upside down by 6 points, 40 to 46 percent.

Delgado is only doing a little better at 42 to 41 percent.

Former Vice President Joe Biden will appear at a rally for Delgado on Monday.

Delgado and Faso, who is seeking a second term, had their first debate Friday night. The Siena poll was taken early last week, so whatever effect the debate might have had on the race has not yet been measured.