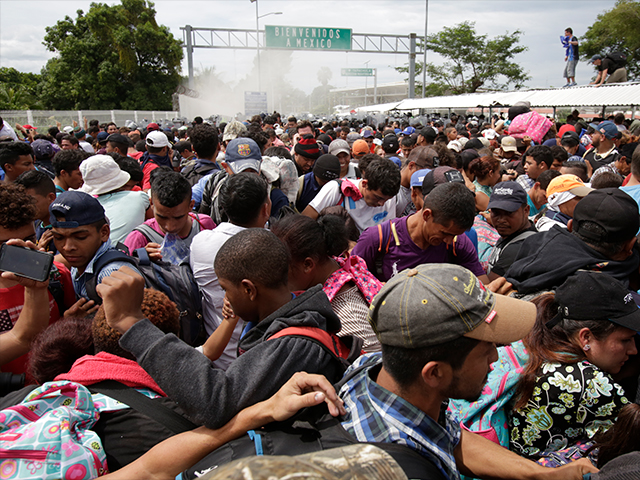 The poll, which surveyed 1,200 likely New Mexico voters, revealed Herrell with a five-point lead over her challenger. Forty-seven percent of those polled said they will vote for Herrill, while 42 percent said they intend to vote for Small.

Herrell insists that the caravan is an “insult” to those who immigrated legally and puts “our sovereignty at risk.”

“We have to ensure that we have the resources, tools and people available on the ground so that our first line of defense — which is our U.S. border patrol — can do their jobs effectively,” stated Herrell in the interview. “I completely support bringing in additional troops. Whatever it takes, because constitutionally, we have a responsibility to protect our land and borders. This really is becoming very concerning, especially as we see such violence and things that have happened in the past with people coming into the state and country illegally.”

The Carroll Strategies poll has a margin of error of plus or minus 2.83 percent.