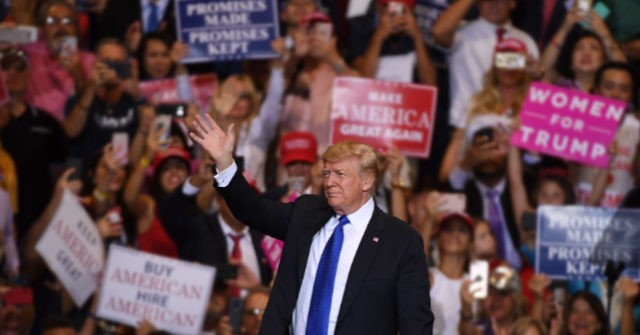 Optimism over the economy has boosted President Trump’s approval rating to the highest it has been in two years, according to a newly released Harvard CAPS/Harris Poll survey.

Overall, the survey, which was originally reported by the Hill, found that 48 percent of voters approve of the job Trump is doing, while 52 percent said they disapprove. Trump’s approval is up three percentage points since March, when 45 percent said they approved.

The last Harvard CAPS/Harris Poll that placed a 48 percent approval rating with Trump was in June of 2017.

Of the 1,295 voters surveyed online, an astonishing 71 percent said they view the Trump economy as “strong” or “very strong.”

“People’s views on the economy are gradually pushing Trump’s numbers up and his actions on other issues like China and immigration are neutral to positive,” said Mark Penn, the co-director of the Harvard CAPS/Harris Poll survey.

Penn added, “Every point of increase in this range of 45 to 50 improves the possibility of re-election.”

Trump shared a Fox News clip Monday evening, which revealed three economic forecasters who have predicted that Trump will win re-election in 2020, including Steve Rattner, a former economic counselor to President Obama.

“Great News! #MAGA,” Trump shared in a tweet with the clip attached on Friday evening.