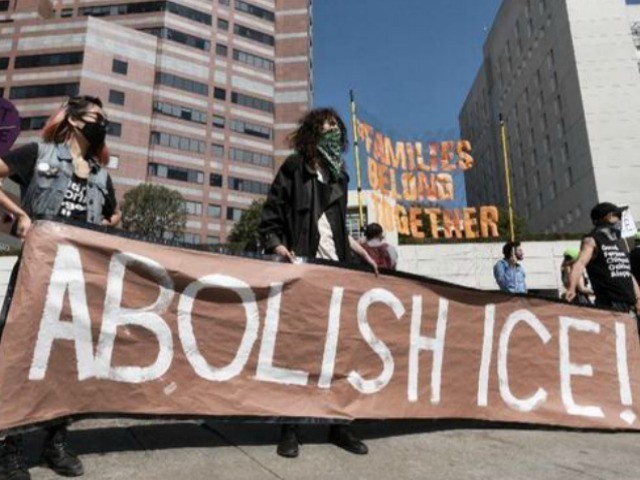 A plurality of Latino voters are “less likely to vote” for a candidate in the 2018 midterm elections who supports abolishing Immigration and Customs Enforcement (ICE), according to an NBC News/Wall Street Journal/Telemundo poll.

After Democratic-Socialist candidate Alexandria Ocasio-Cortez won a primary against a longtime incumbent Democrat on a platform that included abolishing ICE, Democrats like Sens. Elizabeth Warren (D-MA) and Kirsten Gillibrand (D-NY) jumped on board and called for ICE to be abolished.

But an August Associated Press/NORC poll revealed how unpopular “abolishing ICE” is, as the poll found that just 25% of Democrats and 25% of Americans want ICE to be abolished.

The NBC News/Wall Street Journal/Telemundo poll was conducted September 16-19 and has a margin of error of +/- 5.66 percentage points.