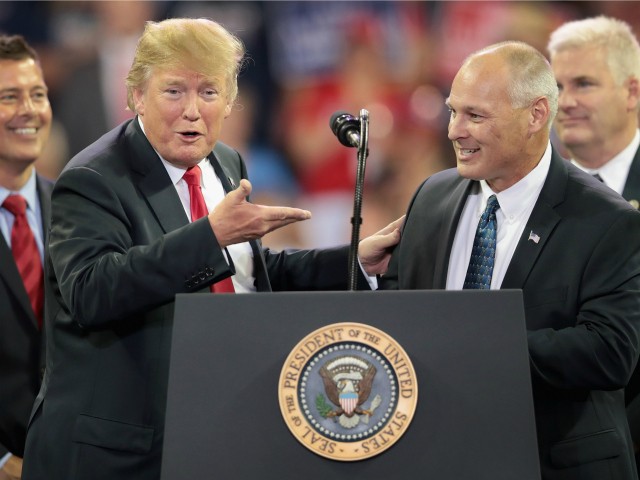 Breitbart News reported that MN-8 is one of the key congressional districts that Republicans must flip to help maintain their majority in the House of Representatives. Further, of the 65 must-win House races, four of them reside in Minnesota.

Minnesota could serve as another area where Republicans could gain stronger ground in future elections. The state nearly went for Donald Trump during the 2016 presidential election, though it had not voted for a Republican presidential candidate since Richard Nixon in 1972.

Stauber’s support continues to grow heading to the November midterms. The Duluth News Tribune endorsed Stauber for the congressional seat in an editorial on Sunday.

The Minnesota paper noted that Stauber has an “impressive lifetime of public service” and that no one can deny his “unwavering devotion and commitment to us in Northeastern Minnesota.”

Stauber was a Duluth police officer for 23 years and a Hermantown city councilor for eight years. He’s serving his second term as an elected member of the St. Louis County Board. He was a union organizer and union president. And he’s a business owner; he and his brothers started the Duluth Hockey Company nearly three decades ago.

The Tribune concluded in its editorial, “All voters in the 8th District can embrace Stauber’s commitment to them, no matter their politics, confident he has made good on similar pledges made during a lifetime of devoted public service.”