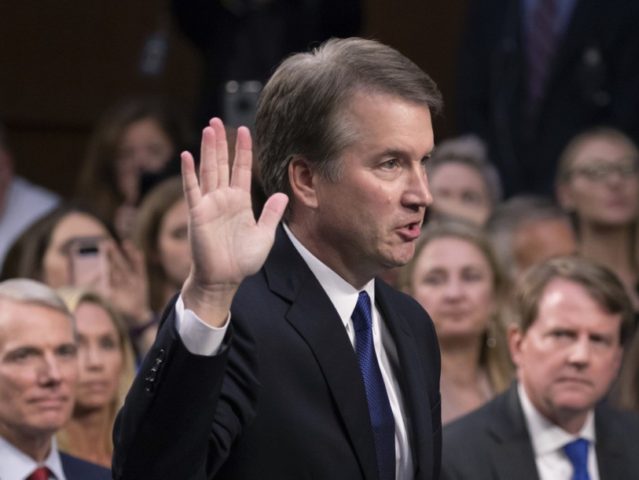 A new poll from The Huffington Post indicates that only a quarter of women believe that the sexual misconduct allegations against Supreme Court nominee Brett Kavanaugh are credible.

25 percent of women responding say that the allegations against Brett Kavanaugh are credible, while 35 percent say that they haven’t heard enough to decide and 18 percent aren’t sure, according to a new poll from HuffPost/YouGov.

For men, there are less who are undecided: 28 percent say that they find the allegations credible, but 34 percent who say they are not credible. 29 percent of men haven’t heard enough and 10 percent aren’t sure.

In a Washington Post article published Sunday, Christine Blasey Ford accused Kavanaugh of sexually assaulting her when he was 17 years old and “stumbling drunk” in high school in 1982.

According to the Post‘s report, he allegedly “groped her over her clothes, grinding his body against hers and clumsily attempting to pull off her one-piece bathing suit and the clothing she wore over it.”

Kavanaugh has defended himself from the accusation, saying, “I have never done anything like what the accuser describes—to her or to anyone.”

“Because this never happened, I had no idea who was making this accusation until she identified herself yesterday,” he stated.

Mark Judge, a classmate of Kavanaugh’s who was named by Ford, said that the allegations were “absolutely nuts.”

Many Republicans are standing with Kavanaugh. During the Value Voters Summit Friday, Senate Majority Leader Mitch McConnell said, “You’ve watched the fight. You’ve watched the tactics. But here’s what I want to tell you: in the very near future, Judge Kavanaugh will be on the United States Supreme Court.”

“So my friends, keep the faith. Don’t be rattled by all of this. We’re going to plow right through it and do our jobs,” McConnell added.