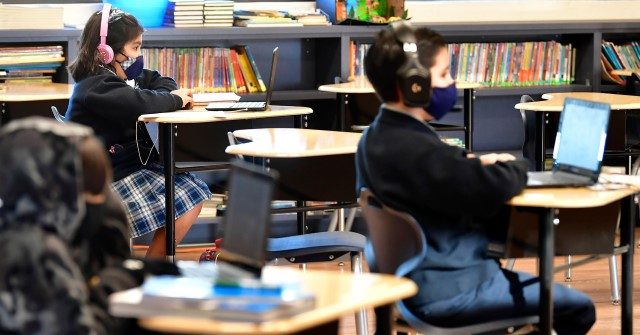 Nearly 73 percent of Democrats believe teachers’ unions should have more authority over children’s education than parents, according to a Trafalgar Group survey.

When asked “Do you believe parents should have greater authority than teachers’ unions in directing the education policy in their local school districts?” 72.8 percent of Democrats said “no.” Only 12.3 percent agreed with the statement.

All told, less than a majority (48 percent) of respondents believed parents should have more authority than teachers’ unions.

Men and women appear to disagree on the issue, with 60 percent of men favoring parental authority, whereas only 37.5 percent of women feel the same way. Meanwhile, an average of 64.5 percent of respondents aged 18 to 34 believed teachers’ unions should have more power than parents, but all other age cohorts only agree with that at a percentage in the mid-to-low 30s.

Other ethnic cohorts are a bit more evenly split on the issue. A majority (nearly 54 percent) of white respondents prefer parental authority over teachers’ unions for their children’s educations. Thirty-eight percent prefer unions.

Over the course of the pandemic, teachers’ unions have been a powerful force behind shuttering schools and forcing children to wear masks, both of which have been detrimental to their educational and social development, as well as their mental health. Depression, anxiety, and suicidal ideation have all skyrocketed among children, as well as learning loss and underdeveloped speaking, reading, and writing capabilities.

The survey was conducted in partnership with Convention of States Action among 1,073 likely general election voters from February 2 through 6, with a margin of error of 2.99 percent.