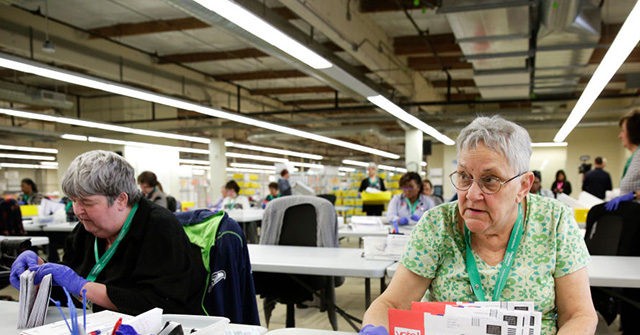 The latest Rasmussen Reports survey of 1,000 likely voters finds that about 58 percent of Americans, or almost 6-in-10, are concerned over a spike in voter fraud should there be nationwide mail-in voting for upcoming elections.

Close to 80 percent of Republican voters said they are concerned about more voter fraud spurred by mail-in voting, along with more than half of swing voters. A majority of Democrats, 53 percent, said they are not concerned with voter fraud.

Working and middle-class Americans are much more likely to be concerned with voter fraud from mail-in voting than wealthy Americans.

The survey comes as elected Democrats are lobbying for nationwide mail-in voting for the November presidential election — a move that would potentially deliver ballots to an estimated 24 million ineligible voters. The plan is being bankrolled by organizations funded by billionaire George Soros.

Voters were surveyed from April 14 to 15 with a margin of error +/- 3 percentage points.