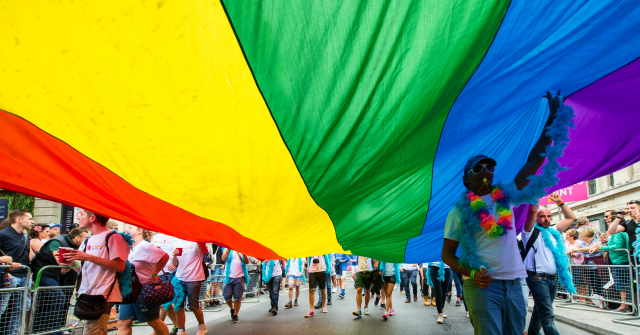 Gallup is touting that the number of people who “self-identify” as lesbian, gay, bisexual, transgender (LGBT), or “something other than heterosexual,” has increased to 7.1 percent of the 329 million population in the United States.

That is “double the percentage from 2012, when Gallup first measured it.”

Gallup reported on its poll, which surveyed more than 12,000 U.S. adults and is a regular demographics polling question:

Roughly 21 percent of Generation Z Americans who have reached adulthood — those born between 1997 and 2003 — identify as LGBT. That is nearly double the proportion of millennials who do so, while the gap widens even further when compared with older generations. Gen Z adults made up 7 percent of Gallup’s 2017 national sample, but in 2021 accounted for 12 percent as more from that generation reached age 18 over the past four years. In contrast, the proportion of those born before 1946 has fallen from 11 percent in 2017 to 8 percent.

The percentage of Gen Z who are LGBT has nearly doubled since 2017, when only the leading edge of that generation — those born between 1997 and 1999 — had reached adulthood. At that time, 10.5 percent of the small slice of the generation who were adults identified as LGBT. Now a much greater proportion of Gen Z, but still not all of it, has become adults. The sharp increase in LGBT identification among this generation since 2017 indicates that the younger Gen Z members (those who have turned 18 since 2017) are more likely than the older members of the generation to identify as LGBT.

Since Gallup began measuring LGBT identification in 2012, the percentage of traditionalists, baby boomers, and Generation X adults who identify as LGBT has held relatively steady. At the same time, there has been a modest uptick among millennials, from 5.8 percent in 2012 (when some members of the generation had not yet turned 18) to 7.8 percent in 2017 and 10.5 percent currently.

The majority of the LGBT population said they are bisexual, identified in Webster’s dictionary as “characterized by sexual or romantic attraction to people of one’s same sex and of the opposite sex.”

More than half, or 57 percent, said they are bisexual, or four percent of all U.S. adults. Twenty-one percent say they are gay, 14 percent lesbian, 10 percent transgender, and 4 percent “something else.”

“Each of these account for less than 2 percent of U.S. adults,” Gallup reported.