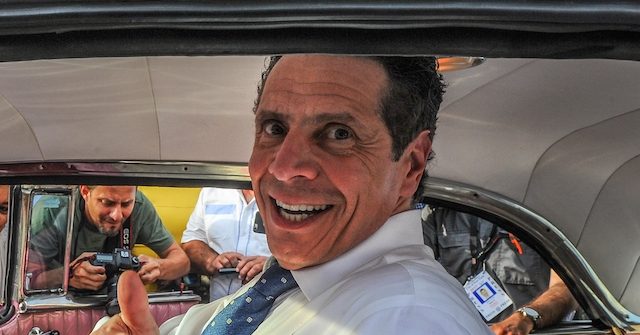 A majority of New York Democrats do not want New York Gov. Andrew Cuomo (D) to resign despite his administration’s mounting scandals, including allegations of sexual harassment and assault, a Quinnipiac University survey released on Thursday found.

The survey, taken March 16-17 among 905 registered voters in New York State, found a plurality, or 49 percent, expressing the belief that Cuomo should not resign, compared to 43 percent who believe he should.

“Though some of his fellow Democrats are clearly ready to usher him out the door of the Executive Mansion and point him toward the Thruway, the vast majority of the party sees a next step as necessary,” Quinnipiac Polling Analyst Tim Malloy said, noting that New Yorkers want to see the results of a “full investigation” before making their final decision — something Cuomo has requested of voters.

Notably, the survey found 50 percent of voters believing that the allegations that Cuomo “sexually harassed and made unwelcome sexual advances toward women” are “mostly true.”

The survey’s margin of error is +/-3 percent.

Lindsey Boylan, one of Cuomo’s accusers, spoke to the New Yorker’s Ronan Farrow and recalled an instance in 2018 where the governor joked about wanting to “mount” her.