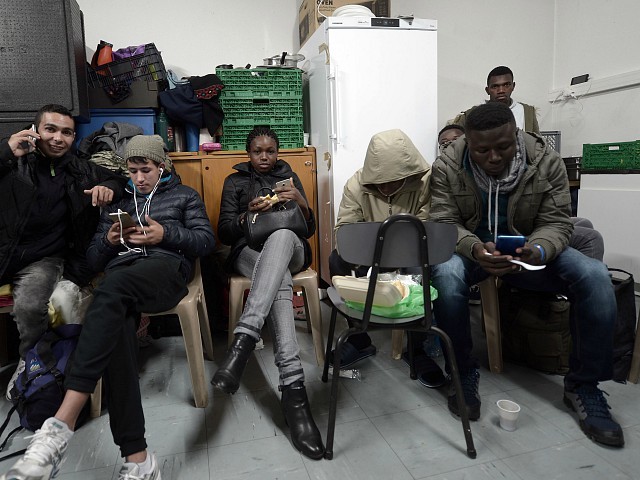 The French people believe that immigration harms the economy, national cohesion, and national security, according to a survey published Sunday.

In general, 58 percent of French people said that the net effects of immigration are negative, a figure echoed in questions on specific spheres of national life, as well.

Asked about the effects of immigration on economic growth, 54 percent of French adults said the result was negative. The French also believe that immigration bodes poorly for the future of the country (55 percent), national identity (58 percent), respect for healthy secularism (61 percent), and social cohesion (64 percent).

Most strikingly, a full two-thirds of the nation (66 percent) believes that immigration has an overall negative effect on national security.

In fact, the poll, conducted by the Ifop Institute in late November, revealed that the French consider immigration to be harmful to every area of national life they were asked about.

This negative view of the effects of immigration translates into desires for a stricter immigration policy, as well.

A significant majority of French citizens (64 percent) believe that welcoming additional immigrants is not desirable, an opinion that will make the immigration issue very important in public debates preceding the European elections of May 2019, observers suggest.

According to the Agence France Presse (AFP), the new survey illustrates the “hostility” of a French population that has integrated large numbers of immigrants for decades, a phenomenon that has contributed to the transformation of society in the midst of a weakened national economy.

Despite their general distrust of immigration, the French continue to favor welcoming true political refugees, with 61 percent saying that France should welcome those fleeing wars and misery.

The poll also discovered that the French people now favor a national solution to France’s immigration problems over remedies offered by the European Union (EU) for regulating migration flows in the continent. More broadly, 54 percent would prefer that the reception and distribution of migrants in Europe be decided at the national level.

Here, too, a substantial majority of 63 percent support the abolition of the Schengen Agreement, which established the free movement of persons across borders within the EU, and thus favoring the restoration of national borders.