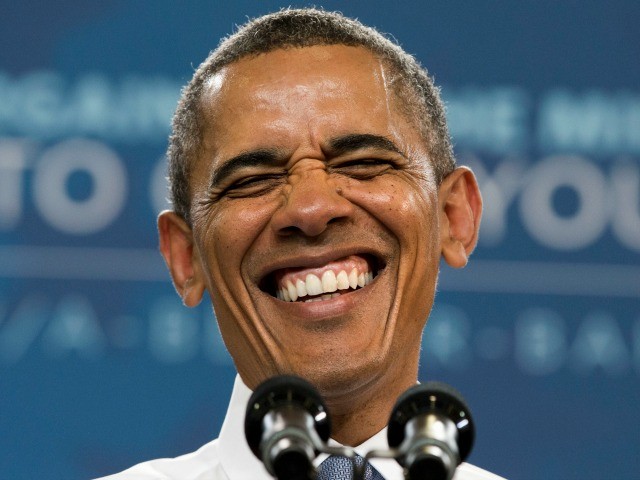 A majority of Americans blame former President Barack Obama, not President Donald Trump, for the current state of health care and Obamacare in the final weeks of the 2018 midterms, according to a poll released on Friday.

Wendy Whitman Cobb, a political scientist at Cameron University in Lawton, Oklahoma, said that a growing number of voters that blamed Obama for the current state of health care suggested that Democrats have attempted to cast themselves as the party of health care.

“They’re branding themselves as the party that’s going to save your health care, because the Republicans supposedly want to take it away,” Whitman Cobb said. “They’re running towards the ACA and health care to claim it as their own.”

Badger also said that Republicans likely blamed Obama as a criticism of Obamacare and the skyrocketing premiums and deductibles that came after the enactment of the ACA.

Badger said, “People who are inclined to say that they like the ACA are going to credit Obama, and those who criticize the ACA are not going to blame Trump.”

After Senate Democrats failed to block the confirmation of Judge Brett Kavanaugh to the Supreme Court and Republican enthusiasm in the 2018 midterms surged, Democrats pivoted towards health care and have attacked Republicans over their alleged plans to repeal protections for patients with pre-existing conditions. The Democrat pivot to Obamacare represents a Haily Mary in the final weeks of the midterm elections as they try to retake the House of Representatives amidst tightening polls.

Whitman Cobb contended Republicans have attempted to walk a “fine line” between protecting pre-existing conditions while promising to repeal Obamacare.

While Democrats have attempted to attack Republicans over their alleged plans to repeal pre-existing conditions, they have not touted the Obamacare’s other legacy—skyrocketing costs.

In contrast, during Trump’s presidency, the Centers for Medicare and Medicaid Services (CMS) announced that average premium for Obamacare plans on the Federal exchange will drop by 1.5 percent in 2019, the first drop in premiums since Obamacare’s implementation.

States such as Tennessee and Pennsylvania will see a more dramatic drop in premiums, and Americans will experience greater health insurer participation in 2019 as well. Further, thanks to President Trump’s executive orders on health care, Americans will have more affordable health care choices compared to Obamacare with short-term health care plans and Association Health Plans (AHPs).

President Donald Trump tweeted in October that Republicans will continue to protect pre-existing conditions, while Democrats will destroy Medicare in their attempt to create a $38 trillion, single-payer, socialized medicine scheme for the country.

“All Republicans support people with pre-existing conditions, and if they don’t, they will after I speak to them,” Trump wrote. “I am in total support. Also, Democrats will destroy your Medicare, and I will keep it healthy and well!”

All Republicans support people with pre-existing conditions, and if they don’t, they will after I speak to them. I am in total support. Also, Democrats will destroy your Medicare, and I will keep it healthy and well!