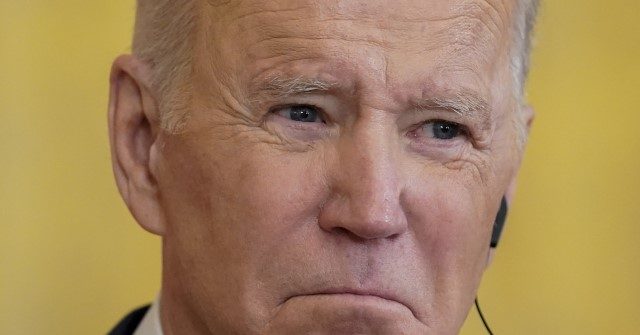 President Joe Biden’s job approval is underwater in a majority of states, including key swing states, a Civiqs survey released this week found.

The survey found 57 percent of voters, overall, disapprove of Biden’s job performance, compared with 34 percent who approve — a net negative of 23 percent. That has stood as a common theme in recent months, as inflation hits a 40-year high and Biden continues to tout coronavirus mandates — such as masks on planes — despite having vowed to crush the virus.

However, the survey examined Biden’s approval rating state by state and found his approval underwater in the vast majority of states as well.

Just one year into his presidency, Biden is struggling in key swing states as well, as 61 percent in Arizona disapprove of his performance, along with 59 percent in Michigan, 57 percent in Pennsylvania, and 56 percent in Wisconsin. Even blue New York has Biden underwater by 10 percentage points.