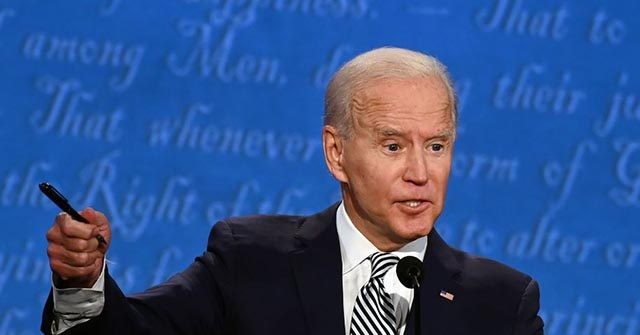 Indian-American voters are overwhelmingly backing Joe Biden and Democrats, even though GOP legislators support the Fortune 500’s transfer of many Americans’ jobs to Indian visa-workers and immigrants.

‘Seventy-two percent of registered Indian American voters plan to vote for Biden, and 22 percent intend to vote for Trump in the 2020 November election … [and] this tilt is more pronounced for U.S.-born Indian Americans,” an October 14 report by the Carnegie Endowment for International Peace said.

Some of the Indian-American voters are focused on economic issues, roughly 9 percent are Christian, and some are eager to integrate into the United States. But like many other immigrant groups, many Indians resent their status as outside minorities in European-based culture and history. United States history is barely 300 years old, but many Indians are proud of their culture’s 3,000-year history.

Unlike Republicans, Democrats promise to help outsiders by imposing diversity on Americans’ coherent culture and society. The report says:

A large section of Indian Americans view the Republican Party as unwelcoming. Indian Americans refrain from identifying with the Republican Party due, in part, to a perception that the party is intolerant of minorities and overly influenced by Christian evangelicalism. Those who identify as Republicans are primarily moved to do so because of economic policy differences with the Democrats—with particularly marked differences regarding healthcare.

Roughly half of the Indian voters are Hindus. Indians born in the United States are more likely to support leftwing social views than are the naturalized Indian-American voters, the report said.

The report is based on an online September survey of 936 Indian American citizens, the Indian American Attitudes Survey (IAAS). Roughly 66 percent of the Indian-Americans said they are Democrats, according to the survey, while 18 percent describe themselves as Republicans.

Even though the Indian-Americans are overwhelmingly pro-Democratic, their arrival is encouraged by the many GOP politicians who quietly support the nation’s multiple pipelines of visa-workers.

Throughout 2020, Sen. Mike Lee (R-UT) pushed hard for his S.386 bill that would have eliminated the country cap. His bill was blocked by GOP opposition.

Since then, President Donald Trump’s deputies have quietly created a substitute measure that rewards Indian visa-workers with fast-track work permits and residency while they wait many years for green cards and citizenship. The giveaway quietly encourages more Indian graduates to migrate into white-collar jobs throughout the United States.

Indian voters comprise only 1 percent of the electorate, according to the Carnegie report. But the number of Indian-American citizens and voters is rising by roughly 150,000 a year, the Carnegie center said in a video.

The Indian population is influential, in part, because it is closely tied to the high-tech companies which import more Indians, but also because it is an organized, wealthy, and cohesive group, despite some internal divides.

Their numbers are growing amid a large inflow of legal Asian immigrants and the arrival of Indian illegals — including white-collar workers who overstay their visas.

Their voting power is expected to increase if Congress revokes the so-called “country cap” that limits the annual award of employer-sponsored green cards to imported Indian workers.

Trump has tried to win support from Indian-Americans by allying himself with India’s Hindu leader, Narendra Modi. But the report notes:

In the Asian-American survey, Trump’s support was highest among Vietnamese-Americans and lowest among Chinese-Americans — who are also reluctant to integrate into the United States’s Europe-based culture and history.

Trump seems to be getting more support from Asian immigrants — w/o public giveaways on migration.
No surprise: immigrants want success for themselves & their kids, not more of the cheap-labor migration sought by Fortune 500 & allied progressives.#H1Bhttps://t.co/730WorXcYM

WashPost reporters show how the Kenosha riot & shootings happened in a deindustrialized, drained, and drugged city.
But Jeff Bezos’ reporters can’t mention cause & effect while the tech CEOs & their progressives unite against Trump’s partial remedies.https://t.co/Bs5caySLZA