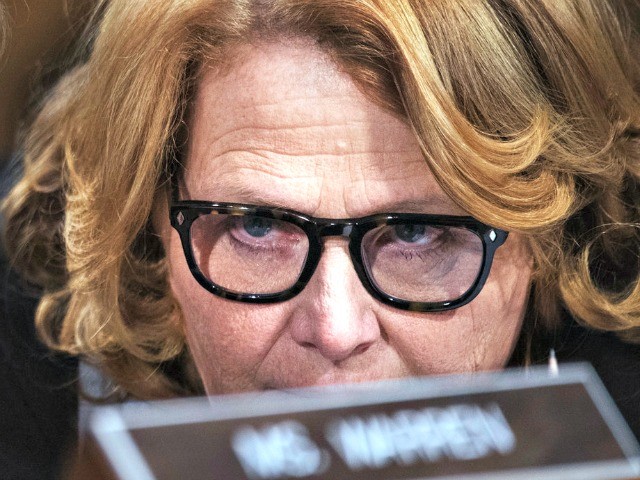 The poll of 650 likely voters in North Dakota conducted between September 17 and September 27 shows that Cramer now leads Heitkamp 51 percent to 41 percent, with eight percent undecided. It has a margin of error of 3.5 percent.

Cramer has increased his lead over Heitkamp by six points in the past few weeks.

A Fox News poll conducted between September 8 and 11, two weeks before the dramatic testimony of Brett Kavanaugh and accuser Dr. Christine Blasey Ford on September 27 before the Senate Judiciary Committee, showed Cramer with a four point lead, 48 percent to 44 percent, which was within the poll’s margin of error.

Heitkamp is one of two Democrat senators who have not yet announced how they will vote on the confirmation of Judge Brett Kavanaugh to the Supreme Court. The full Senate is expected to vote up or down on his confirmation this Friday.

In another question that VNL asked, 60% of the likely voters in North Dakota support the nomination of Brett Kavanaugh to the U.S. Supreme Court. 27% were opposed.

Keep in mind, the poll was conducted during the disclosure that the judge may have engaged in sexual misconduct, while in high school or college, before last week’s testimony by Kavanaugh and one of his accusers, before the Senate Judiciary Committee.

In 2016, President Trump won the state’s three electoral college votes by a margin of 36 points over Democrat nominee Hillary Clinton.

Last week, she tried to dismiss an attack that criticized her support for sanctuary cities as a “scare tactic,” as Breitbart News reported:

Democratic Sen. Heidi Heitkamp is taking heat for her refusal to “crack down on dangerous sanctuary cities” in an ad released Tuesday.

President Donald Trump flashes onto the screen with his comments on Heitkamp at a recent rally: “Heidi voted in favor of the deadly, very very dangerous, horrible, sanctuary cities.”The ad points to three opportunities Heitkamp had to vote to defund sanctuary cities but did not. “When Heidi was confronted with her record of failure, she dismissed the issue as a ‘scare tactic,’” the ad states.

After #PuertoRico the people on the east coast should worry about the response to #hurricane #Florence. Wait, they’re white so #Trump will be there for them. No worries! #790KFGO #hopetheyrsafe

Sen. Heitkamp is a frequent guest on her brother’s radio show.

On Monday, the Cramer campaign took advantage of the momentum in the race by launching a new ad that criticized Heitkamp for voting against President Trump’s Tax Cuts and Jobs Act.

Here’s the full transcript of that ad:

Did the tax cut make a difference?

Black: We hired 12 new people, and now we are up to 28 good-paying jobs. Our nation is booming, and our economy is creating thousands of new jobs.

Black: I can’t believe Heidi Heitkamp would repeal the tax cuts. Try telling that to my new employees.

The Cramer campaign statement notes that while he voted for the Tax Cuts and Jobs Act, “Senator Heidi Heitkamp voted against the tax cuts that have benefited North Dakota more than any other state. Heitkamp said she does not regret her opposition to these cuts, and her Democrat party in Washington wants them repealed.”

You can watch the ad here: