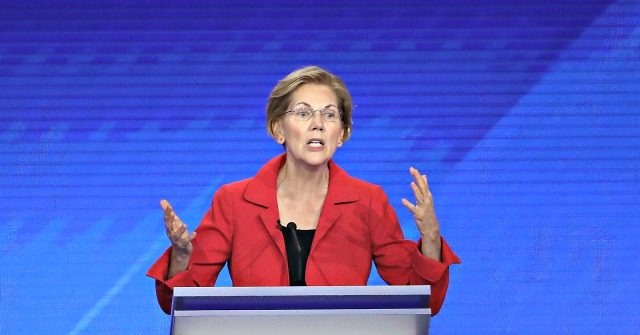 According to the poll, which surveyed 1,500 college students following Thursday night’s debate – over a quarter of Democrat or Democrat-leaning college students, 27 percent, consider Warren the winner. Her ideological ally, Sen. Bernie Sanders (I-VT), came in second place with 19 percent saying he won the debate.

“When you look at the Democratic electorate overall, Bernie is in the lead, but Elizabeth Warren really speaks to the strong Democrats,” College Pulse CEO Terren Klein told HILLTV.

Warren did not appear to have a major breakout moment in the debate, largely staying out of squabbles between the lower-tier candidates and Biden, specifically. She expressed support for Medicare for All but dodged questions on raising taxes on the middle class and eliminating private insurance altogether. However, she later told CNN’s Chris Cuomo that there would be “no” tax increase on the middle class– only “the top two percent.”

She also expressed support for rolling back the filibuster in order to pass aggressive gun control measures:

Why can’t we pass any legislation to end the gun violence epidemic? Corruption, plain and simple. We have a Congress that is being held hostage by the NRA. That is why @ewarren supports eliminating the filibuster. #DemDebate pic.twitter.com/kGstKlcW7e

Sanders made a noticeable effort to distinguish himself from Biden, knocking the former vice president’s previous support of the Iraq War and sparring over the cost of Medicare for All. Sanders also reiterated his promise to “cancel all student debt”:

What we will also do is not only have universal pre-K, we will make public colleges and universities and HBCUs debt-free. And what we will always also do, because this is an incredible burden on millions and millions of young people who did nothing wrong except try to get the education they need, we are going to cancel all student debt in this country.