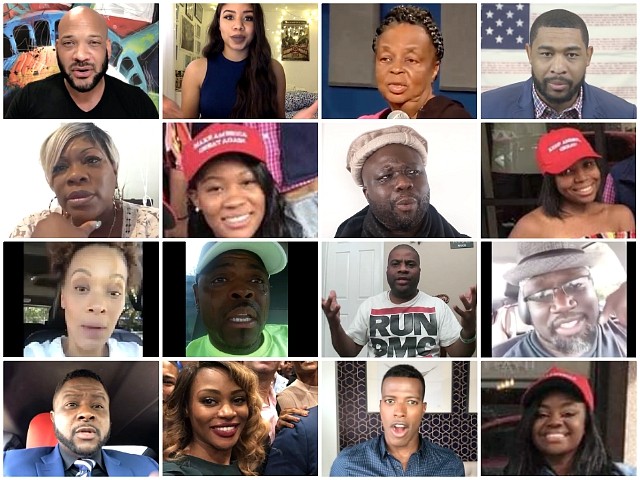 Black voter approval of President Trump hit the year’s high at 40 percent this week, according to daily tracking by Rasmussen Reports.

The high-water mark comes right after the “Blexit,” or “Black exit from the Democratic Party,” movement spearheaded by Turning Point’s Candace Owens was launched over the weekend, which drew thousands of young African Americans to Washington, DC.

Trump Approval Today Back at 50%

The numbers are based on a three-day rolling average of 1,500 likely voters surveyed nationally every night, according to Rasmussen’. About 12 to 13 percent of those are likely black voters.

The monthly average of black voter support is much lower — typically in the 20s range, but that too has been rising over time. During Trump’s first year in office, it averaged about 21 percent. So far, during his second year, it has ticked up to 24 percent.

Carroll said Rasmussen does not speculate what is driving the higher black voter approval of Trump, but said if he had to guess, it would be the economy.

“I would think that black voters are highly rational and the economy is a key factor, the unemployment rate a key factor — everybody’s working.”

He said Owens and musician and designer Kanye West may also have an influence as “flashpoint messengers.”

But, he said, “I don’t think they are impressed with Kanye West, although some of them may be. I think it’s that they’re working, their relatives are working. [It’s the] economics. Somebody’s finally doing something.”