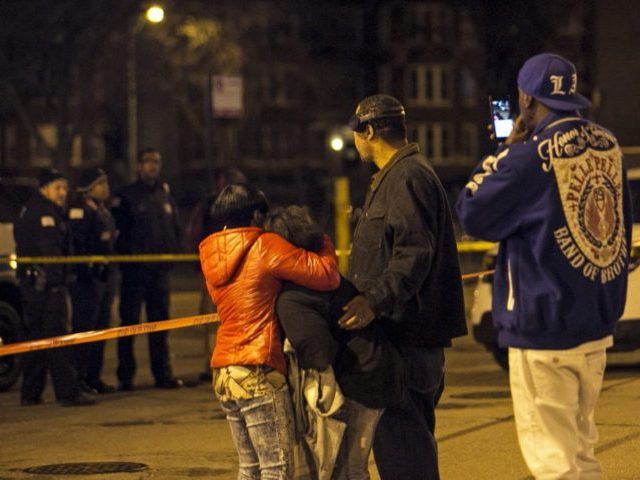 The vast majority of registered American voters say crime is a “very serious” or “somewhat serious” problem in the United States, a new survey reveals.

The issue cuts across party lines, with about 81 percent of Democrat voters saying crime is a “serious” issue at the moment, along with 80 percent of swing voters and 90 percent of Republicans.

As has been found in polling and surveys for decades, the issue of crime is more related to class than race in the U.S. For instance, while the overwhelming majority of all racial groups agree that crime is a serious problem, voters who are wealthy are vastly less likely to call crime a “very serious” problem.

In the 2020 presidential election, voters by big majorities say crime will inform their vote for either President Trump or Democrat nominee Joe Biden. About 74 percent said crime is important to them this election cycle, including 67 percent of black Americans, 66 percent of white Americans, and 65 percent of Hispanic Americans.

Crime is playing a vital role in the decision-making of the working poor, working class, and lower-middle-class, the survey finds. More than 60 percent of those earning $50,000 or less a year said the issue of crime is either “very important” or “somewhat important” to their vote this year.

The poll comes as Biden has had to grapple with the Democrat Party’s demands to defund police departments across the U.S. Biden lost the support of the National Association of Police Organizations (NAPO) who switched their endorsement to Trump this month after endorsing former President Obama and Biden in 2008 and 2012.

Grassroots conservatives close to the president have urged him to take a tough-on-crime agenda to the American people with an intensified focus on reducing violent crime. In a meeting on Friday, Trump told NAPO bosses that there is a silent majority of Americans who support them.