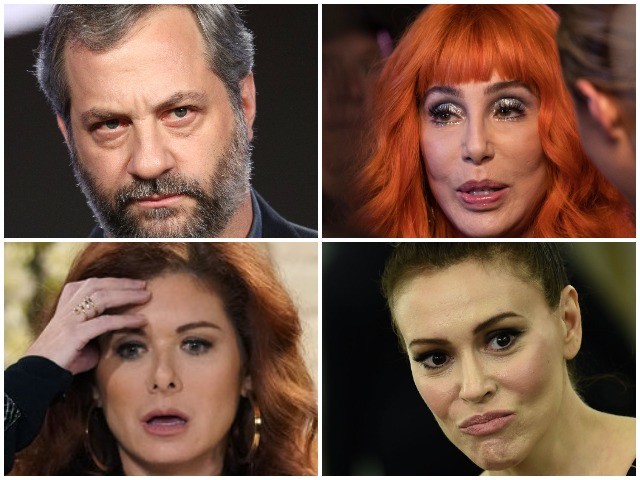 A new poll indicates that in the eyes of most likely voters heading to the polls this November, celebrity and outside political endorsements are meaningless and have no effect on their vote.

That may come as bad news to the many Hollywood celebrities who seem to think that their voice is an important factor that can help swing this year’s midterm elections to Democrats.

Hollywood celebrities, determined to stop President Donald Trump’s agenda, have launched an enormous effort to elect Democrats to the House and Senate.

Celebrities have repeatedly made headlines for obscenely large donations to liberal candidates causes over 2018–and it doesn’t take a genius to know what political party the money is going to.

According to a recent report, 99.7 percent of donations from major Hollywood power players went to Democrats.

Alyssa Milano has also been a strong supporter of O’Rourke:

He’s up for re-election in November.

Many celebrities have also used social media to influence midterm races. Cher recently tweeted that people’s lives depend on their midterm vote.

“YOUR VOTE CAN PROTECT YOUR FAMILY’S LIFE,ITS UP 2 U” she tweeted.