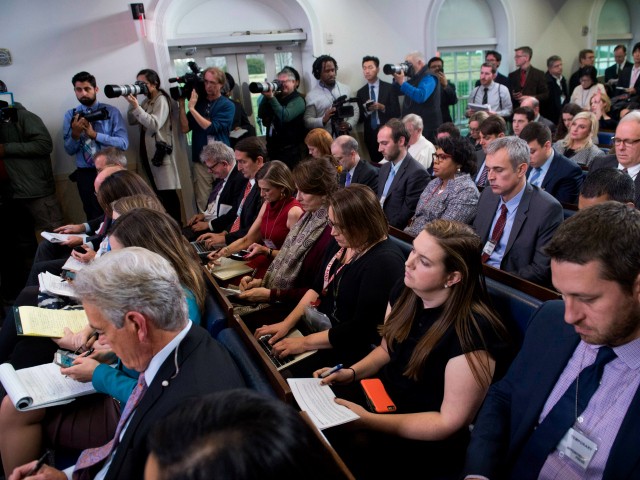 Seventy-two percent of Americans blame the media for dividing the country and spreading hate, according to the Washington Examiner.

“Nearly three-quarters of the country believes that the media is ‘dividing Americans’ along political, racial, and gender lines, a stunning condemnation of the press, according to a new national survey,” the outlet writes.

A fewer number of Americans, two-thirds, say the same about President Trump, the Zogby poll found.

Even a majority of Democrats, 51 percent, agree.

Those surveyed were asked, “Do you agree or disagree: The mainstream media/President Trump has played a major role in dividing Americans along racial, gender and political lines. This has led to a spread of hate and misunderstanding among some people.”

Only 29 percent of those polled disagreed that the media spread division and hate.

This poll is almost perfectly aligns with a poll released at the beginning of the month where 64 percent of those polled blame the media for dividing the country, compared to just 56 percent who say the same about Trump.