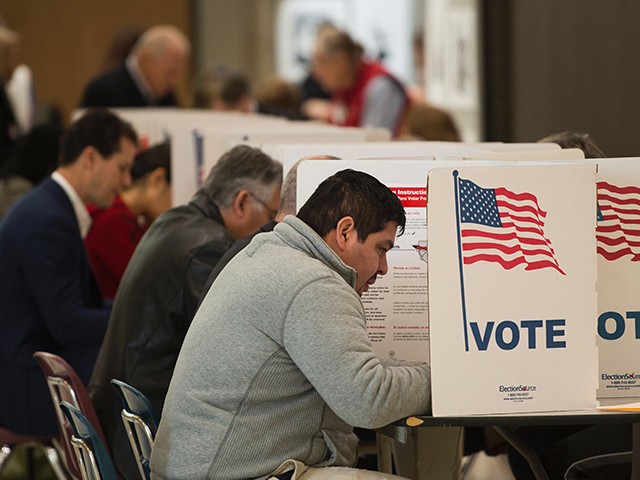 Polling analysis from the Pew Research Center reveals that the overwhelming majority of Republican voters in the recent midterm elections, 85 percent, say the U.S. today favors minorities over white Americans. Only 11 percent of GOP voters said white Americans are favored over minority groups.

The poll is an indication, again, of a Republican Party that is increasingly made up of a white working- and middle-class majority that feel disenfranchised due to country’s mass immigration policy of importing more than a million legal immigrants a year, while at the same time, having their jobs outsourced to foreign countries through the globalization of the country’s economy.

For example, while the New York Times has complained that states with a white American majority pose “an array of problems,” the process known as “chain migration” — whereby newly naturalized citizens can bring an unlimited number of foreign relatives to the U.S. with them — has imported more than nine million foreign nationals since 2005.

Simultaneously, illegal immigration next year is on track to soar to the highest level in a decade, with a potential 600,000 border crossers expected.

Meanwhile, free trade with China has eliminated or outsourced about 3.5 million American jobs since 2001. Polling this year found that a majority of GOP voters say free trade has hurt the U.S. and cost Americans their jobs.