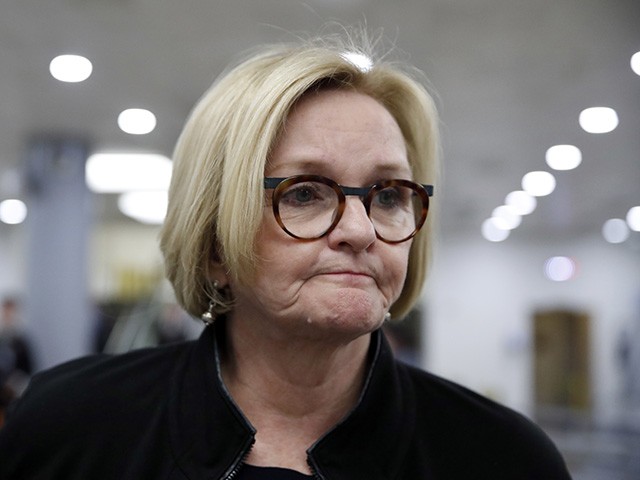 A Remington Research Group poll reveals that the confirmation process and hearings into allegations that Supreme Court nominee Brett Kavanaugh sexually assaulted Christine Blasey Ford at a high school party in the early 1980s are harming Sen. Claire McCaskill’s (D-MO) re-election bid in Missouri’s midterm election; 49 percent of voters say they are less likely to vote for her now.

McCaskill announced she will be a “no” when the full Senate votes on Kavanaugh’s confirmation, the National Review reported.

The poll also shows her Republican opponent, Josh Hawley, ahead by two points — 48 percent to 46 percent.

The Remington poll surveyed 1,555 likely voters on Wednesday and Thursday, both the day before and the day of the public Senate Judiciary Committee hearing featuring Ford and Kavanaugh’s testimonies.

Breitbart News reported on Saturday about a Missouri Scout poll that shows the same results: Hawley’s two-point lead over McCaskill just days after she announced she would vote against Kavanaugh. The Missouri Scout poll shows that Hawley leads McCaskill by a margin of 48 percent to 46 percent.

The Missouri Scout survey was conducted on the same days as the Remington poll.

Senate Majority Leader Mitch McConnell  (R-KY) has said a vote will take place this week after the FBI wraps up its supplemental investigation into claims against Kavanaugh, which now includes allegations of drinking problems.

Sens. Joe Manchin (D-WV), Heidi Heitkamp (D-ND), and Joe Donnelly (D-IN) are other red-state Democrats whose election bids might be impacted by the hearings and their votes on Kavanaugh.