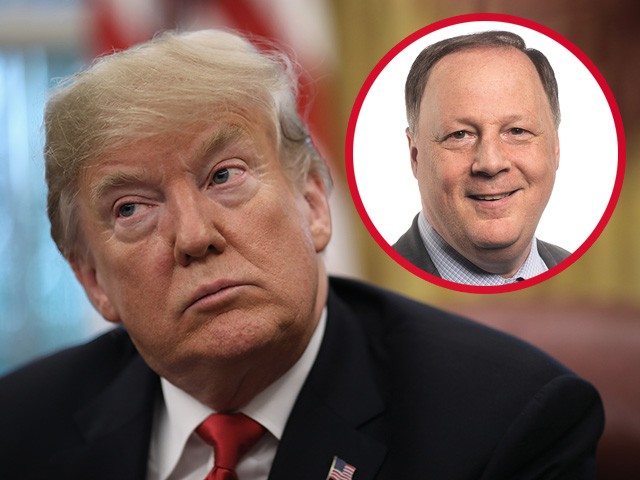 In response to an NBC News story titled, “White nationalist leader wants to ‘take over the GOP,” Harris responded, “Thought that job had been filled.”

Thought that job had been filled….. https://t.co/35GUSXGhWU

This offensive statement from the head of Politico is another example of why distrust in the media is at an all-time high. pic.twitter.com/cdGiFiKo4S

Below is the leader of @politico https://t.co/PngRtRcIms

This from the editor in chief and co-founder of @Politico. Until this guy is gone from Politico, no Republicans should take calls from or help his reporters. He’s not hiding it — this is what he thinks of us. Despicable. pic.twitter.com/f4MVWrwRNd

And now this from the Editor-in-Chief at @politico #journalism #GOP #politics #race #wow https://t.co/qoU99B7kY4

“There are professional standards of evidence, balance, and rhetorical restraint in Old Media that simply do not exist in New Media.” — John Harris, 2006. How outdated does THAT sound? https://t.co/G0DhsIT9tF

A fair point @ArthurSchwartz , this could be interpreted as broad swipe rather than a quip about the headline on the NBC piece. Sometimes wisecracks get lost in Twitter translation so appreciate the chance to clarify. pic.twitter.com/wpsXiHUoPq

Breitbart News reached out to Harris for clarification but did not receive an immediate response.

This isn’t the first time Harris has raised eyebrows for apparent left-wing sentiments. Last month, he wrote an op-ed titled, “Why God Is Laughing at Brett Kavanaugh.” The piece drew a false equivalence between the allegations against Brett Kavanaugh and Bill Clinton’s affairs.

Many Democrats and establishment media figured have smeared President Trump as a “white nationalist.”