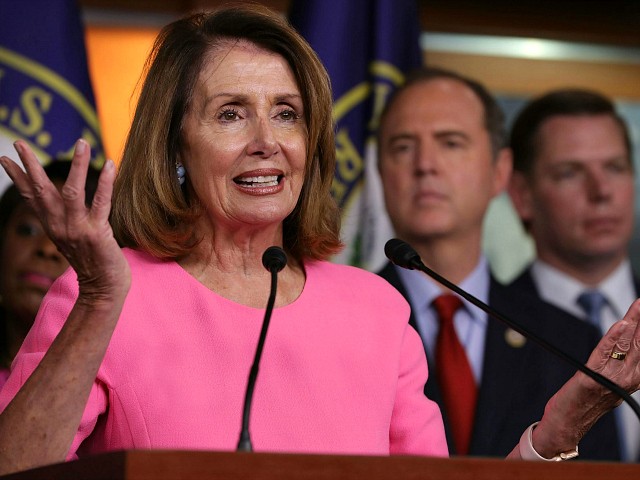 Politico’s Darren Samuelsohn speculates that control of Congress could give Democrats their opening for investigations beyond the special counsel.

While Democrats remain in the Congressional minority, November could bring sweeping changes. Foremost among them, they could be undermining the special counsel upon which they have so far pinned their hopes. There are already rumblings that, given more influence, the Left will press their own investigations into President Donald Trump and his administration.

“We won’t interfere,” said House Minority Leader Nancy Pelosi, speaking at a recent Harvard University event. “We shouldn’t. We won’t. But we do have to have one thing that we should all agree on: the truth for the American people, and where the truth leads us is another thing.” Even so, Pelosi said that Democrats would have to handle the situation “with great care.”

Retired Department of Justice senior attorney and Georgetown University Law Center teacher Douglas Letter said that Congress and Mueller do not share the same interests. They have “totally different goals,” he said. While Mueller seeks to find and prosecute real crimes, Letter said that the congressional investigation is meant to see “whether there’s anything political that can be made” of the controversies surrounding the 2016 election.

The likely first item? A 70-person list of all the people Democrats say Republicans let off too easily. “It’s about politics for them,” former Trump legal team spokesman Mark Corallo told Politico. “If they think there’s political advantage to stepping on the special counsel’s toes, they’ll do it.”