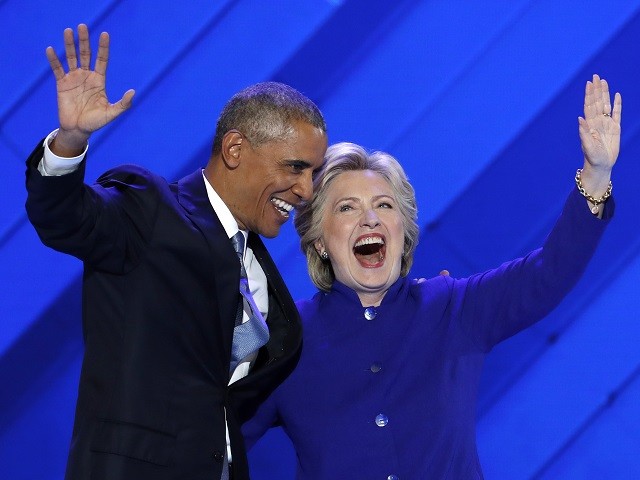 The Democratic Party’s university-trained progressive activists are dragging the Party away from the Democratic voters’ bread-and-butter priorities, says Politico magazine.

Increasingly, the Democratic Party features what social scientists call an hourglass structure, with a smattering of elites at the top and a vast working class on the bottom. It is those on the top who drive policy, and their interests don’t always coincide with the party’s longtime base. Lee Drutman, senior fellow on political reform at New America, puts it more bluntly: “Democrats have an upstairs/downstairs coalition with an affluent class that does quite well. And they are in a coalition with a poorer set of voters who don’t seem to get ahead.”

This split could endanger the party, according to the article:

As the upper end of the party gets more and more liberal, it risks moving away from what the base really wants. Surveys show that less-educated Democrats tend to harbor a host of more conservative views—more skepticism of government regulation, for example, more concern about illegal immigration, less interest in the environment and gay rights, and even less interest in a robust social-welfare state. The only area in which better-educated Democrats lean more conservative than their less-educated counterparts is on the question of corporate power: Better-educated Democrats are slightly more likely to think that corporations make a fair and reasonable amount of profit. (Republican views on such matters are far more homogeneous across income groups.)

Meanwhile, few Democrats will talk about the upstairs/downstairs divide:

It can be hard to find Democrats who are willing to speak openly about these matters, cutting as they do among the fault lines of race and class. “For people on the left, the fact that black and Hispanic voters aren’t with them on everything is a huge source of embarrassment,” said one social scientist, who asked to not be named in order to wade freely into the fraught territory of race and class in America.

It is an “embarrassing” gap because it is fundamentally important: The Democrats’ elite justifies its status and power by claiming to be the noble champion of the poor and disadvantaged — yet they have provided little to ordinary Americans for 30 years.

Under President Barack Obama, wages stagnated for most Americans and for nearly all blacks or Latinos, while the elite prospered in an Internet-enabled economy of 100,000 professional niches.

Wages stagnated for most people, in part, because of the Democratic leadership class doubled-down on the policies which favored itself — global trade, civic regulation, immigration, and diversity — at the expense of ordinary Americans.

The dominant role of well-educated, relatively upscale white Democrats in moving the party to the left reflects the declining role of the working class in shaping the party’s ideology.

There are a number of other areas where progressive activists differ from the average American, according to the More in Common study. Progressive activists are “more than twice as likely to say that they never pray (50 percent to 19 percent), “almost three times more likely to be ‘ashamed to be an American’” (69-24), eleven percentage points more likely to be white (80-69), and “twice as likely to have completed college” (59-29).

The same pattern emerges on a host of specific issues. Take the case of immigration: 40 percent of Democrats and 50 percent of liberals surveyed by ANES supported increasing the level of legal immigration, which Goldberg reported to be “the highest proportion on record.”

This process is established in California, where wealthy progressives control the state while providing some benefits to a captive base of unions, while the state’s gap between rich and poor expands to record levels.

How does President Donald Trump change the internal politics in the Democratic Party?

Trump is building support among blacks and Latinos, shifting income from the elite to the working class, and is calling for solidarity between rich and poor under the 50-state union banner of American nationalism.

Yesterday’s primary handed victories to Trump and Clinton, and, if Michael Lind is right, Trumpism and Clintonism are America’s future. Lind’s point, which he made last Sunday in The New York Times, is that Trumpism—friendly to entitlements, unfriendly to expanded trade and high immigration—will be the platform of the Republican Party in the years going forward. Clintonism—friendly both to business and to social and racial liberalism—will cobble together numerous interest groups and ditch the white working class. Which might be fair enough, but Lind didn’t mention rich people. Where will they go? …

The combination of super-rich Democrats and poor Democrats would exacerbate internal party tensions, but the party would probably resort to forms of appeasement that are already in use. To their rich constituents, Democrats offer more trade, more immigration, and general globalism. To their non-rich constituents, they offer the promise of social justice, which critics might call identity politics. That’s one reason why Democrats have devoted so much attention to issues such as transgender rights, sexual assault on campus, racial disparities in criminal justice, and immigration reform. The causes may be worthy—and they attract sincere advocates—but politically they’re also useful. They don’t bother rich people.

If Trump’s movement loses the 2018 election, the nation likely will move rapidly towards California-style one-party politics.

If Trump wins, Democrats will face a tough choice: Compromise with the voters, or play high-stakes double-or-quits in the 2020 election.