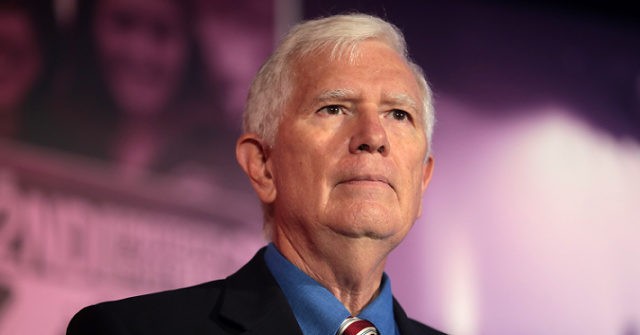 A network of well-connected political establishment-types, linked to former President Obama and the Lincoln Project, is astroturfing a campaign against Rep. Mo Brooks (R-AL) in the Republican primary for Alabama’s open Senate seat.

Brooks, running against United States Chamber of Commerce lobbyist Katie Britt and former U.S. Army Special Operations aviator Michael Durant, is seeing a flood of cash spent against him by the Alabama Patriots PAC that seeks to elect political moderates and prevent a broad conservative coalition in the Senate.

The Alabama Patriots PAC, sources close to Breitbart News said, is receiving most of their cash flow from America’s Promise which is partially funded by former Cisco Systems CEO and Chairman John Chambers.

Chambers is a frequent donor to the Republican National Committee (RNC), as well as moderates such as Rep. Peter Meijer (R-MI), Sen. Lisa Murkowski (R-AK), and Rep. Adam Kinzinger (R-IL).

Both are under the umbrella of More Perfect Union, a group dedicated to electing political moderates in the Senate with the goal of passing bills related to “electoral reform, structural reform in Congress, ethics reform, and campaign finance reform.”

Harriman reportedly held a meeting in Birmingham, Alabama, where he outlined More Perfect Union’s efforts to elect moderates to later form a caucus of centrists that can swing votes within the Senate Republican caucus.

Former President Trump has endorsed Brooks in the race. The Republican primary in the Alabama Senate race is on May 24.