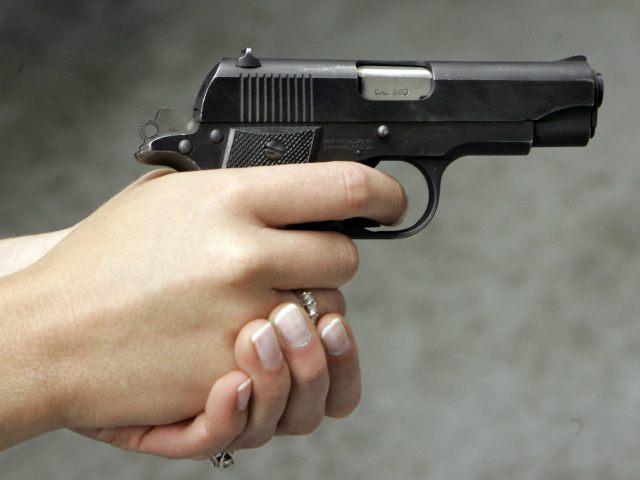 An escapee in an orange jumpsuit kicked in the door of a woman’s home in Columbia, South Carolina, and approached her bedroom, only to be shot dead.

According to the Associated Press, Pickens County Sheriff Rick Clark said 30-year-old Bruce McLaughlin Jr. and another inmate escaped from jail at the same time.

He said McLaughlin then took off on his own, entering a woman’s home around 3:00 a.m. Clark said the woman was home alone at the time that McLaughlin made entry.

The escapee passed through the kitchen, grabbed a “knife sharpening tool,” then went toward the woman’s bedroom, where she shot him in the head.

McLaughlin was a repeat offender who was currently “awaiting trial on first-degree burglary and grand larceny charges.”

WSAV reported that the woman had taken training for a concealed carry license, a fact which Sheriff Clark seized on when speaking to reporters: “If there is no other thing that we pull out of this today, I want to hammer that home of how this lady saved her life because she took half a day out of her life and went and got training. She saved her life and stopped the bad guy.”