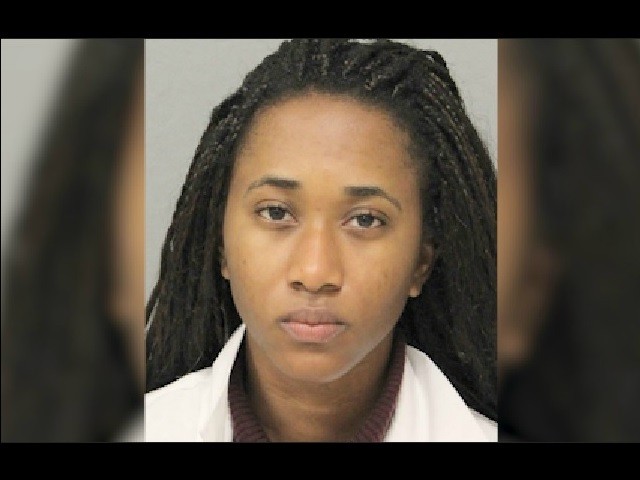 Authorities have arrested and charged a woman in Long Island for making up a story about a Trump-related hate crime, police said.

Adwoa Lewis, 19, told detectives Friday four teenagers confronted her as she was driving home on September 2, yelling “Trump 2016!” before stating that she did not belong here.

Lewis also claimed that she parked her vehicle in front of her house, then woke up the next morning to find her car’s tires slashed and a note with the words, “Go home,” police said.

But when authorities investigated the alleged incident, police found that Lewis fabricated the tale and the incident never took place.

Lewis later admitted to officers she placed the hand-written note on her car, police said.

Authorities charged Lewis with one count of making a false punishable written statement before releasing her on an appearance ticket.

Authorities have received many reports of alleged “hate-crimes” in connection with the 2016 presidential election.

In November 2016, a black man in Massachusetts admitted that he made up a story about two white men threatening to lynch him while saying the U.S. is “Trump country,” and an 18-year-old Muslim woman in Louisiana told police she lied when she claimed Trump supporters removed her hijab and called her names.

Police charged the 18-year-old with filing a false police report.