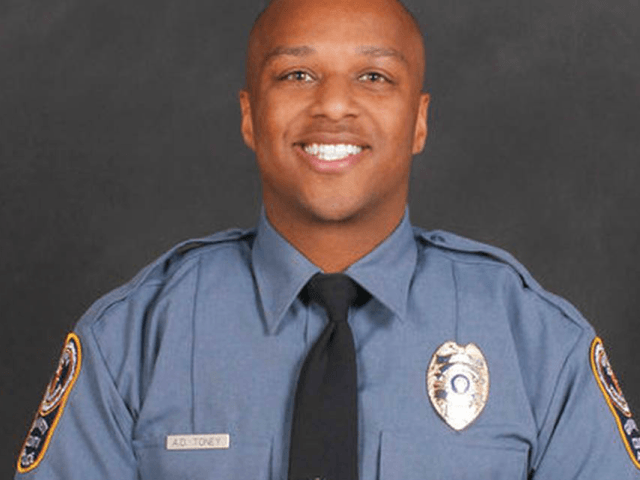 On Monday police officers shot and killed the teenager suspected in Saturday’s fatal shooting of a Gwinnett County, Georgia, officer.

Breitbart News reported that Officer Antwan Toney was shot and killed while investigating a suspicious vehicle Saturday afternoon. The fatal shot came from inside the vehicle and the gunman had the element of surprise, allowing him to shoot and hit Toney before he or his partner could even draw their guns.

ABCNews reports the suspect was spotted in an area roughly three miles from where Toney was killed.

There has been a credible sighting of Tafahree Maynard in the Snellville area in the last 12 hours. Keep an eye out and call 911 if you see him. Maynard is 6’01” and 300lbs. pic.twitter.com/XwSfRBIiPX

Police combed the area and the suspect, 18-year-old Tafahree Maynard, was found hiding in a shed around 11:30 am. He was holding a lawn mower blade which he refused to drop.

Gwinnett County Police Chief Butch Ayers said, “Mr. Maynard was issued verbal commands” to show his hands and come out of the shed, Ayers said. “He failed to comply with the verbal commands.” Five to six shots were fired at Maynard, killing him.