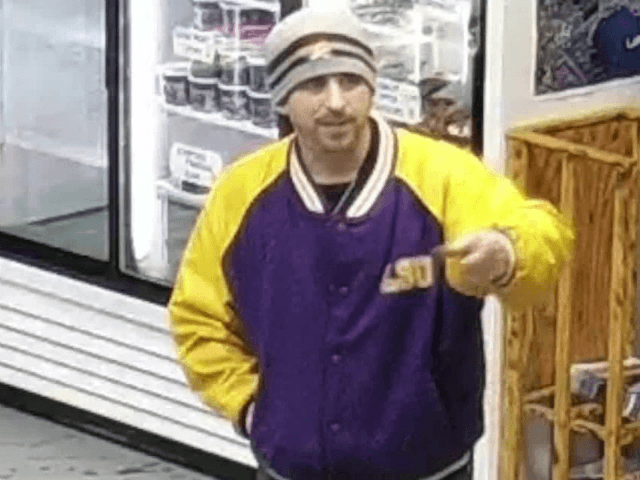 Police in Slidell, Louisiana, are looking for a man who entered a retirement community, then forced his way into a WWII veteran’s apartment to allegedly rob him at gunpoint.

The robbery occurred on December 13 at around 5:45 PM at the the Lafitte’s Landing retirement community in Slidell, according to ABC affiliate WGNO.

Police said the suspect entered the building, knocked on the victim’s door, pulled out a gun, and forced his way inside the veteran’s room.

The suspect reportedly stole cash, the elderly man’s medication, and also took the keys to the victim’s car.

Officials have released images of the alleged perpetrator that were captured by surveillance cameras at a local business. The suspect was seen wearing a yellow and purple LSU jacket and a gray stocking cap.

Police have asked residents to keep any eye out for the man and the victim’s car, a 2006 black Chevrolet Malibu with Louisiana license plate RPY 017. Anyone with information is asked to call Detective T.J. McNulty at (985) 503-3477 or at tmcnulty@slidellpd.com. Or call Crimestoppers at (504) 822-1111.