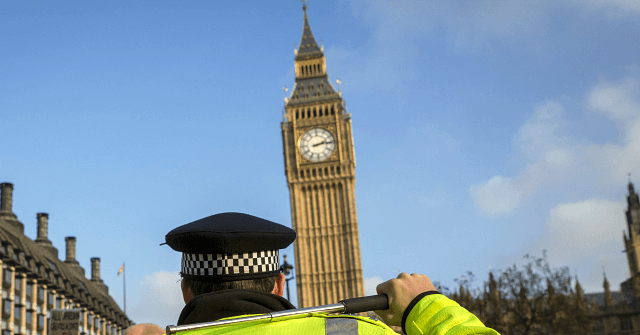 One Metropolitan Police Services officer suffered a head injury when he tried to break up a fight at an illegal mass gathering for the Muslim celebration of Eid in East London.

Police were responding to calls of a large crowd gathering on Ilford Lane, near the junction with Dudley Road, in Ilford, in the London borough of Redbridge, just before midnight on Thursday.

Scotland Yard said in a statement released on Friday that when officers arrived, they asked the crowd of some 150-200 people who had been at Eid celebrations to return home, with current coronavirus lockdown rules still forbidding mass gatherings.

As the crowd began to disperse, two groups began to fight each other on Rutland Road. Police intervened, and subsequently, one officer was injured. One suspect was arrested.

Chief Superintendent Stephen Clayman said: “That this size of gathering has taken place during a pandemic is concerning. I remind all of our communities to respect each other and ensure that the government guidelines around social distancing are followed.

“Following a workday of protecting the public, one of my officers has had to return home to his family with a head injury. This is beyond unacceptable, and I would like to be very clear that anyone assaulting an officer in the course of his or her duty will be arrested and placed before the courts.”

The incident occurred in the week that the government enforced another regional lockdown after a spike in new coronavirus cases. Northern England has been put under lockdown, including Greater Manchester, Blackburn, and Bradford.

The lockdown means that people will not be allowed to meet with others outside of their household. Restaurants remain open; weddings and funerals can still take place, but are limited to 30 people; and places of worship remain open, but social distancing must be observed. This means that while Muslims in this region can still attend mosque to mark Eid, they cannot gather in multiple houses or mass gatherings.

The Muslim Council of Britain has complained about the renewed restrictions revealed on Thursday, claiming it is like “cancelling Christmas on Christmas Eve”, with Eid having started on Friday.

A report has warned that there could be serious public disorder in the UK as authorities attempt to impose lockdown restrictions. The paper, seen by the government’s Scientific Advisory Group for Emergency (SAGE) and reported on Saturday, said: “While widespread urban disorder is not inevitable, currently, the situation in the UK is precariously balanced, and the smallest error in policing (whether perceived or real, inside or outside the UK) or policy could unleash a dynamic which will make the management of Covid-19 all but impossible.

“Put simply, a serious deterioration of public order could overwhelm all attempts to control contagion, overwhelm hospitals, the criminal justice system and hinder revival of the economy.”

Serious disorder has already played out on the streets of London, with Met officers facing attacks as they tried to disperse what the mainstream media referred to as “street parties” in June. The violence came on top of the attacks on officers from far-left Black Lives Matter activists in recent months.