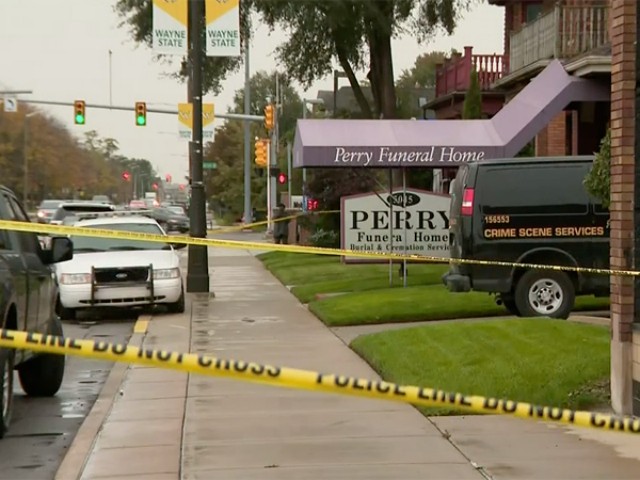 Authorities on Friday discovered the remains of more than 60 infants stashed inside a Detroit funeral home.

Investigators conducted a raid of Perry Funeral Home on Friday, removing the remains of 63 infant bodies and fetuses, WXMI reported.

Police said that during the raid, they found approximately 37 fetuses stored in cardboard boxes and 26 stashed in a freezer. They added that it is unclear in what condition the remains were found.

The Michigan Department of Licensing and Regulatory Affairs, the state’s regulatory agency, decided to close the funeral home and suspend its license after making the discovery, the Detroit Free Press reported.

A spokesperson for the state’s regulatory agency, Jason Moon, noted that some were dead since 2015.

This is the second grisly discovery Michigan investigators have made at a Detroit funeral home in the past week.

Last Friday, investigators unearthed 9 out of 11 tiny bodies in a cardboard box and a small casket hidden inside the first-floor ceiling of the shuttered Cantrell Funeral Home on Detroit’s east side.

The problem has become common enough that state law enforcement agencies are thinking about creating a task force to investigate the fraud and improper storage of remains at funeral homes.