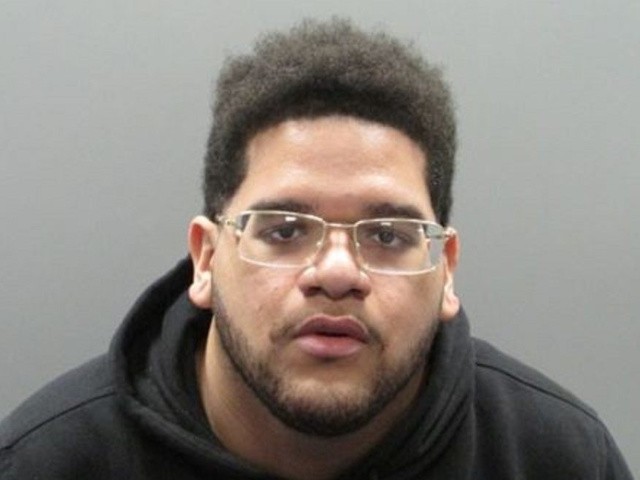 A man released from a Dayton, Ohio, jail allegedly tried to rob the bank across the street only minutes later, police said upon his rearrest.

Karsten Hardeman, 20, of Dayton, Ohio, was released from lockup on the afternoon of January 2 after having been arrested on a misdemeanor drug charge. But only about an hour later, he was taken back into custody, officers said, according to the St. Louis Post-Dispatch.

Wentzville Police was called about a robbery at the 1st Financial Federal Credit Union at 1232 Wentzville Parkway. An officer responded on foot because the bank was on the same block as the police station.

The officer reported that as he approached the bank, he observed Hardeman sitting on the curb nearby. He ordered the man to raise his hands., and when he did, he observed several $100 bills fall from the man’s pockets.

The policeman found that Hardeman fit the description of the robbery suspect.

A large amount of cash was found in Hardeman’s possession. Additionally, in his car, police found two masks, a computer, and a cell phone. He was then rearrested.

“I have no idea what he was thinking or why he decided that would be a good place to go,” Officer Jacob Schmidt told the media.

Police also discovered that Hardeman has a history of being connected to bank robberies, having been suspected in thefts in Kansas and Texas. Hardeman had not been charged in the earlier cases, but he was charged in Ohio.

The Wentzville Police Department is also now cooperating with the FBI and agencies in Texas and Kansas to investigate the previous incidents.

The suspect was booked on charges of first-degree robbery and is being held in the St. Charles County jail on a cash-only bail of $100,000.