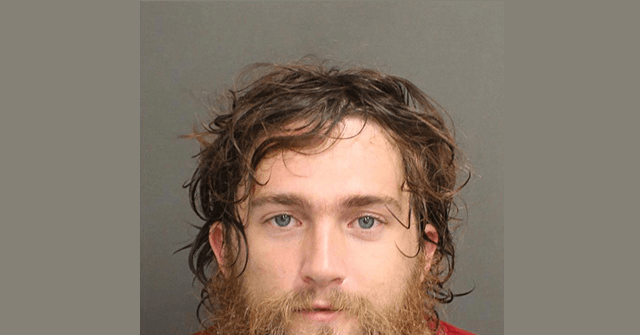 A man was arrested in Orlando, Florida, after he allegedly tried to stab several officers with an exposed syringe during the protests throughout the city, police said.

Police said the incident occurred around 7:30 p.m. while a crowd of demonstrators gathered around downtown Orlando at Robinson Street and Rosalind Avenue.

The man, whom police identified as Ramsey Moore, 29, has reportedly been charged by authorities with attempted aggravated battery, WOFL reported.

No officers were injured.

WDBO reported the 29-year-old had been booked into the Orange County Jail, where he is being held on $5,000 bond.

Thirty people were arrested in Orlando this weekend in connection with the George Floyd protests and riots that have been cropping up across the country, the Orlando Sentinel reported.

They were arrested on charges ranging from inciting riots to disorderly conduct.

Police also had to deploy tear gas in downtown Orlando after protesters who remained outside past the 10 p.m. curfew continued to throw rocks and bottles at the police.