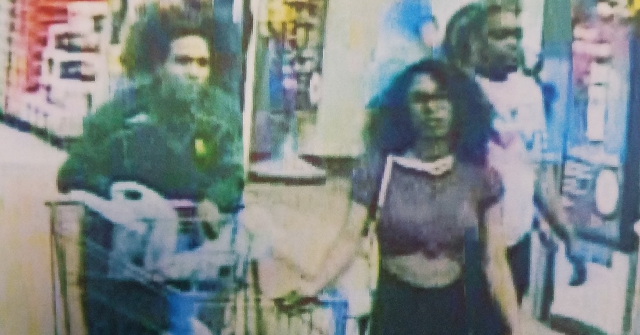 Texas authorities have identified the Walmart store where a woman was caught on camera licking a tub of Blue Bell’s Tin Roof ice cream before placing it back in a store freezer.

The Lufkin Police Department announced Wednesday that the location of the Walmart was 2500 Daniel McCall Dr. in Lufkin, Texas, after Blue Bell’s corporate team contacted every Walmart division manager to see if they could identify the store where the incident took place.

“Within an hour of the corporate plea, a Lufkin division manager called, saying he believed it was Lufkin Walmart. He based this on the store’s unique merchandising which matched the video,” the Lufkin Police Department said in a statement.

The viral video showed a customer licking a tub of Blue Bell’s Tin Roof-flavored ice cream at a Texas-area store before placing it back inside the freezer. The video went viral, prompting Blue Bell’s corporate team to investigate and reassure the public that its product is safe to eat.

“This type of incident will not be tolerated,” Blue Bell said in a pop-up statement on its website. “Food safety is a top priority, and we work hard to provide a safe product and maintain the highest level of confidence from our consumers.”

“During production, our half gallons are flipped upside down and sent to a hardening room where the ice cream freezes to create a natural seal. The lids are frozen tightly to the carton. Any attempt at opening the product should be noticeable,” the company statement continued.

Police said Blue Bell corporate officials contacted them Wednesday at 1:10 p.m. to let them know the viral video allegedly took place inside the Lufkin Walmart store and that the tainted ice cream container has been retrieved.

Later in the afternoon, detectives found surveillance video of a woman matching the suspect in the viral video going through the store on June 28 around 11 p.m., the Daily Mail reported.

Detectives say they have identified the woman and will conduct an ongoing investigation into the incident.

“Appropriate charges will be filed,” Lufkin Director of Public Safety Gerald Williamson said in a statement.

“Our biggest concern is consumer safety – in that regard, we are glad to see the tainted product off the shelves,” Williamson added.