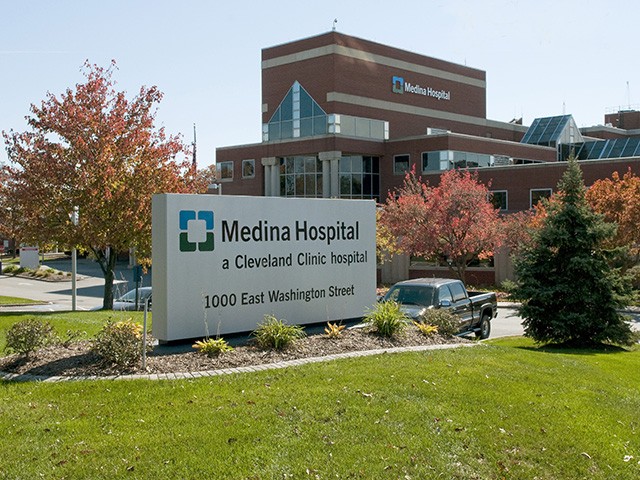 Moments after the incident began, hospital staff sent a “Code Silver” alert to the clinic’s visitors, which read: “Take immediate action to protect yourselves and others.”

Just got this from Cleveland Clinic in Medina: pic.twitter.com/K7KcO0mgHq

A spokesperson for the Cleveland Clinic told PBS: “[T]here is a suspected individual with a gun in a medical office building next to Medina Hospital. All buildings are on lock-down and police are on the scene. At this time, we are not aware of any injuries.”

#BREAKING: @medinapolice are searching Cleveland Clinic Medina Hospital floor by floor for a report of woman with a gun threatening people. No injuries reported. Hospital under lockdown. @cleveland19news pic.twitter.com/84B7z8RgfX

On the scene at Cleveland Clinic Medina Hospital where police have said no shots have been fired in a suspected active shooter situation. pic.twitter.com/vpeavokvya

According to ABC 7’s Scott Taylor, the suspect is a female and was seen threatening individuals with an unspecified firearm.

“No shots have been fired. Police have secured the hospital and are searching the facility floor by floor. Please avoid the hospital until police give the all clear,” the Medina police department said in a statement.