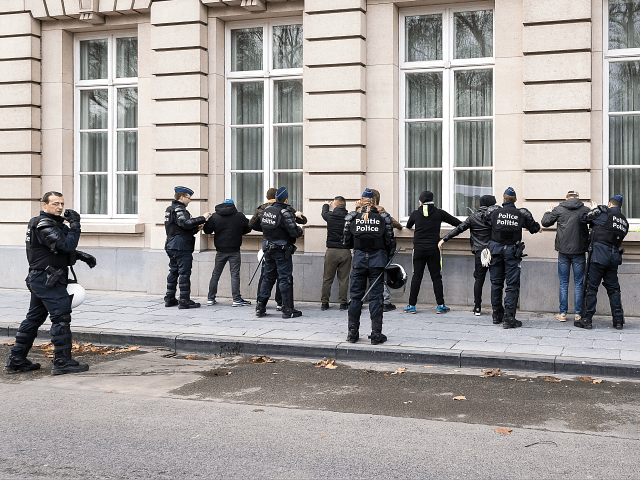 BRUSSELS (AP) – Hundreds of yellow-vested protesters calling for the resignation of Belgian Prime Minister Charles Michel marched on the European quarter of Brussels Saturday, as the movement that started in France made its mark in Belgium and the Netherlands.

Police used pepper spray and scuffled with a small group of protesters who tried to break through their barricade blocking access to the European Parliament and the European Union’s other main institutions.

The rallies, which started at different locations around the city and converged on the European quarter, have disrupted road and rail traffic on one of the busiest Christmas shopping days of the year.

Dozens of people were searched at stations and police have warned people to stay away from the area.

Hundreds of police officers have been being mobilized in Brussels. Last week, yellow vest protesters last week clashed with police and torched two police vehicles. More than 70 people were detained

In the Dutch city of Rotterdam, a few hundred protesters in the high visibility vests that have become a symbol of the movement walked peacefully across the downtown Erasmus Bridge singing a song about the Netherlands and handing flowers to passers-by.

Sisters Beb and Ieneke Lambermont, aged 76 and 67 respectively, were among them.

“Our children are hard-working people but they have to pay taxes everywhere. You can’t get housing anymore. It is not going well in Dutch society,” Ieneke said. “The social welfare net we grew up with is gone,” she said.

“The government is not there for the people. It is there to protect its own interests,” she said.

Neither Belgium nor the Netherlands has proposed a hike in fuel tax — the catalyst for the massive and destructive demonstrations in France in recent weeks.

Instead, protesters Saturday appeared to hail at least in part from a populist movement that is angry at government policy in general and what it sees as the widening gulf between mainstream politicians and the voters who put them in power.